SEOUL, July 27 (Yonhap) -- South Korea's vaccination rates for hepatitis B and several other major diseases are higher than those of the United States, Britain and Australia, government data showed Thursday.

South Korea's vaccination rates for HepB, BCG, DTaP, IPV, Hib and MMR stood at 96.6 percent, according to the statistics by the Korea Centers for Disease Control (KCDC) which analyzed the vaccination records of 440,000 children born in 2013 in the four countries.

"Children who are over three years old are more susceptible to infectious diseases," Gong In-sik of the KCDC said, asking parents of children to complete vaccination in a timely manner so they will be protected from illnesses. 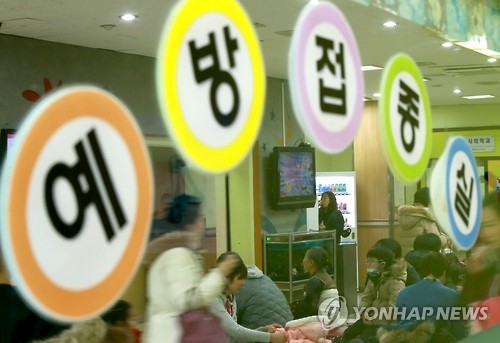