SEOUL, July 31 (Yonhap) -- President Moon Jae-in appointed the new head of the top regulator for broadcasters on Monday by signing an electronic document for the appointment during his summer vacation.

Lee Hyo-seong, a former professor of Seoul's Sungkyunkwan University, was appointed the new chairman of the Korea Communications Commission (KCC).

Lee's appointment came after the opposition-led parliament failed to issue a report on the outcome of Lee's confirmation hearing held earlier in the month.

The president asked the parliamentary hearing committee to publish a hearing report by Sunday after the committee missed its first deadline that expired Wednesday.

The president requires parliamentary approval for the appointment of several top government and judicial officials, including prime minister and Supreme Court justices.

However, he does not need parliamentary approval for the appointment of KCC chief or ministers. 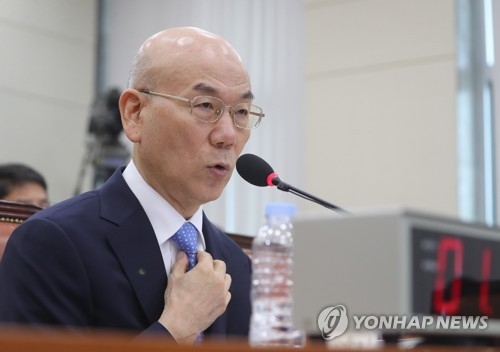