GWANGJU, Aug. 4 (Yonhap) -- A court issued an injunction Friday banning the distribution of former President Chun Doo-hwan's memoir, saying the book contains distorted accounts of his government's bloody crackdown on the 1980 pro-democracy uprising in the southern city of Gwangju. 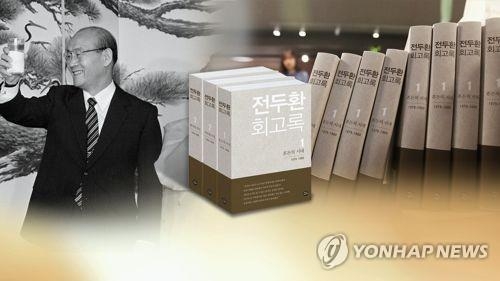 The Gwangju District Court made the decision, accepting a demand filed by groups of victims and bereaved families, ordering that the memoir should not be sold or distributed unless the distorted accounts are taken out.

The parts in question include Chun's claims that North Korean troops were involved in the uprising, that he was not involved in the crackdown, and that the movement was quelled without the use of violence, including firing from helicopters.

The court said that those parts were either falsehood or an expression of opinion.

Should the injunction be violated, the court said, the former president should pay the plaintiffs 5 million won (US$4,442) per violation.

The plaintiffs took issue with 33 parts of the memoir's first volume.

"The one who should take steps to carry out legal and historical responsibility (for the bloody crackdown) is even distorting history. This should not be forgiven," said Kim Yang-rae, executive director of the May 18 Memorial Foundation.

In the 1980 revolt, thousands of Gwangju citizens rose up against the military junta of the time, led by Gen. Chun Doo-hwan, who seized power in an internal coup, following the assassination of his mentor, President Park Jung-hee, eight months earlier.

The junta sent tank-led paratroopers to ruthlessly crack down on the nine-day revolt. More than 200 people were dead and 1,800 others wounded.