(ATTN: ADDS the film's setting up of a record in 2-3 paras, photo, Hinzpeter's wife visiting Seoul in last four paras)

SEOUL, Aug. 8 (Yonhap) -- A Korean film about the 1980 Gwangju pro-democracy uprising surpassed 5 million in attendance Tuesday, the 7th day of its run, the film's distributor said.

"A Taxi Driver" hit the threshold at 8:30 a.m., becoming the fastest film to reach the milestone this year, according to Showbox. The pace is one day faster than eight days for "The Battleship Island." 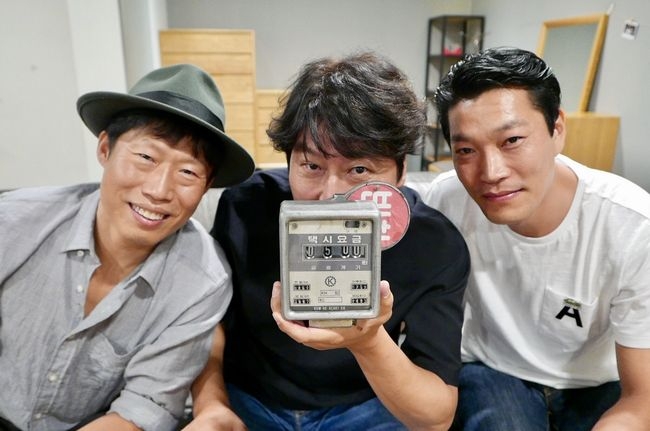 Released last Wednesday, the movie starring Song Kang-ho and German actor Thomas Kretschmann has since topped the box office for the past six straight days.

The period drama directed by Jang Hoon tells the story of a Seoul taxi driver named Man-seop, who happens to take German reporter Jurgen Hinzpeter to Gwangju, some 330 kilometers south of Seoul, for a big money offer and witnesses the horrors of the bloody military crackdown on the uprising.

On May 18, 1980, citizens of Gwangju rose up against the then military rule of former general-turned-President Chun Doo-hwan. The revolt was brought to an end by the bloody government-led crackdown, which left hundreds of people dead and missing.

Meanwhile, Edeltraut Brahmstaedt, wife of late German journalist Jurgen Hinzpeter whose real-life story the film is based on, was to visit South Korea on Tuesday.

Hinzpeter risked his life to spread the grim images of the bloody military crackdown around the world as an Asian correspondent for the German public broadcasting company ARD-NDR.

During the visit, Brahmstaedt is scheduled to watch the film and hold interviews with the Korean press.

She last visited South Korea in May last year to attend the unveiling ceremony for a monument honoring her husband in Gwangju.