SEOUL, Aug. 29 (Yonhap) -- The wife of North Korean leader Kim Jong-un appears to have given birth to her third child early this year, Seoul's spy agency has said.

During a briefing to the parliament's intelligence committee Monday, the National Intelligence Service said that Ri Sol-ju apparently delivered the baby in February. The baby's gender and name were not confirmed.

Rumors about her pregnancy persisted last year as she was removed from the public eye for some nine months.

Retired U.S. basketball player Dennis Rodman, who visited Pyongyang in 2013, identified Kim's second child as a girl, named Ju-ae. But there is no information about Kim's first and third children. 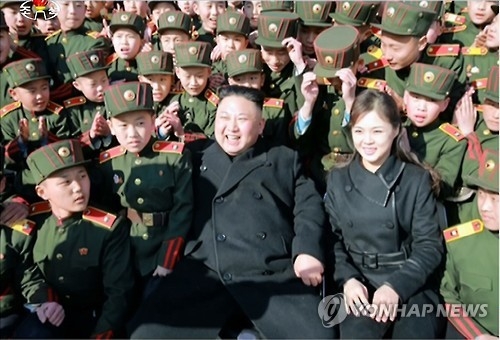