SEOUL, Sept. 1 (Yonhap) -- Here's a question for followers of Korean music to chew over: If you had to choose one, which pop icon deserves the most credit for contributing to the advancement of K-pop?

The answer will of course depend on who you ask. Average teenage fans today could pick one of today's mega boy bands, such as EXO or BTS, for taking and promoting K-pop abroad.

Those in their mid 30s to early 40s may gravitate toward BIGBANG for its adoption of edgy avant-garde elements in pop music. For older people, folk legend Kim Min-ki, who masterfully sowed and distilled the anti-authoritarian zeitgeist of the '70s and '80s into works, such as "Morning Dew," would be a strong choice.

But regardless of generation and taste, it would be hard for anyone -- whether fan or not -- to ignore the lasting impact Seo Tai-ji, 45, leader of the groundbreaking '90s boy band Seo Tai-ji and Boys, had on the formation of today's K-pop scene and the mania culture surrounding it. 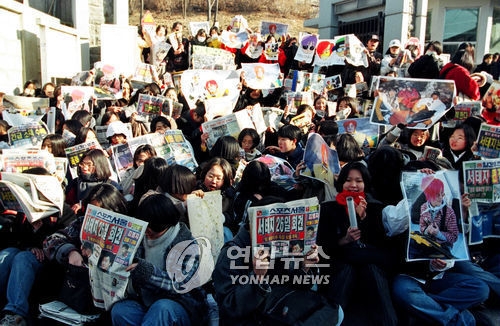 This year marks the 25th anniversary of Seo's celebrated career (when excluding his stint with the rock band Sinawi), and he's scheduled to throw a retrospective concert Saturday at Olympic Main Stadium in Seoul, together with some of today's leading K-pop artists.

The event is part of a two-month-long tribute project where big names, such as BTS, Bolbbalgan4, Younha and Urban Zakapa, have released remakes of Seo's hits, including "Come Back Home," "Moai" and "Take Five," since early July. The record will also be released Saturday.

What makes Seo Tai-ji and Boys stand out? It wasn't as if the notion of an idol artist was foreign before Seo's appearance. The history of Korea's idol musicians actually goes way back, starting with the Kim Sisters in the 1950s. How Seo Tai-ji and Boys stormed the culture scene back in the early '90s can be likened to that of the Beatlemania in the 1960s.

Seo, real name Jung Hyun-chul, offered something fresh and previously unavailable in Korea. It was rap music, in a place where adult contemporary ballad singers and rock bands had been the dominant genre. His 1992 debut song, "I Know," was an up-tempo, new jack swing rap number that spiritually benchmarked U.S. boy band New Kids On The Block. It was accompanied by a fast, eye-catching choreography formulated by partners Yang Hyun-suk and Lee Juno. The record become an instant hit.

The trio released successive hit albums in the following years, selling several millions of copies. Seo, responsible for all of the music and lyrics, increasingly mixed underground genres, i.e. heavy metal and gangster rap, into his music. His lyrics also struck a chord with the "X Generation" youth back then. The metal-dance hybrid song "Class Idea" criticized the country's repressive education system, while "Come Back Home" dealt with the subject of runaway teenagers.

"Songs such as 'Class Idea' and 'Come Back Home' conveyed strong generational consciousness that was hard to find in the past. Seo approached music with an anti-establishment perspective. Content-wise, he did music which I call 'music dads don't like,'" said music critic Im Jin-mo.

After four regular albums and several live concert records, the group suddenly disbanded in January 1996, just a year before the Asian financial crisis hit Korea in 1997. In a nationally televised press conference, Seo explained that he became exhausted from the grueling creative process that continued for years without breaks, leaving a sea of teenage fans in tears. 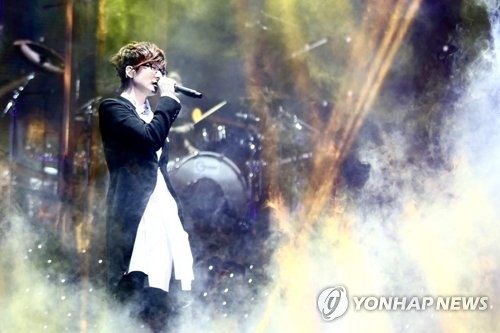 Seo returned to the public as a solo artist in 1998 with his self-titled album "Seo Tai Ji," this time incorporating alternative rock and nu-metal genres in his work. In follow-up works, Seo dialed up the edginess further, with "Ultramania" and "7th Issue," adopting elements of hardcore punk. During this phase, he also founded the ETPFEST, a rock music festival, and started his own music label.

The biggest aspect of Seo's legacy is its imprint in ushering in the flood of modern K-pop idol stars and the K-pop's strong fandom culture toward idol musicians. In the wake of the disbandment of Seo Tai-ji and Boys, many entertainment companies started nurturing bands, such as H.O.T., Sechs Kies and Fin.K.L, which are commonly referred to as the first-generation modern K-pop bands.

The market demand for idol musicians exploded in the late '90s, leading to the creation of S.M. Entertainment, DSP Media and other major label-agencies. H.O.T. churned out edgy gangster rap songs, such as "Warrior's Descendant," trying to emulate the sound popularized by Seo's "Come Back Home." The music business in general, which had been primarily geared toward adult-contemporary music, shifted its focus on the mushrooming teen market.

The first wave of post-Seo Tai-ji and Boys idol bands were followed by second-generation acts, such as KARA, Girls' Generation, TVXQ and Super Junior, which spearheaded K-pop's global outreach in the late 2000s. Yang Hyun-suk, one of Seo's partners in his trio band, founded YG Entertainment, one of the largest management agencies today, and produced BIGBANG, 2NE1 and other hit groups.

"The difference between the fandom in the age of Cho Yong-pil in the '80s for example is that today's fan communities are increasingly resembling pressure groups or advocacy groups. For example, fans began putting pressure on advertisers on behalf of their stars beginning with Seo," Im said.

"Creating stars without ardent supporters has become virtually impossible nowadays. Social media was critical in the success of BTS, but this type of mania fandom all began with Seo Tai-ji." 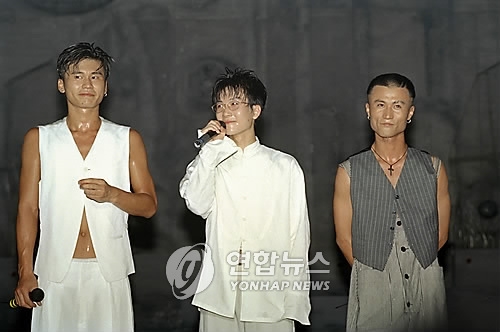