SEOUL, Sept. 18 (Yonhap) -- A culture ministry task force looking into the former Park Geun-hye government's blacklisting of artists critical of the government said Monday it will expand its probe into similar cases that allegedly happened under Park's conservative predecessor.

Since its launch on July 31, the fact-finding committee has been working to find the truth about allegations that the Park administration had created and managed an extensive list of cultural figures deemed critical of the government and who were to be banned from receiving state support.

On Sept. 11, a reform task force of the National Intelligence Service (NIS) announced that the NIS under former President Lee Myung-bak, Park's predecessor, was suspected of creating a blacklist of left-leaning cultural figures to disadvantage them in various ways.

The list had 82 names, including comedians, novelists, actors, movie directors and singers. The NIS task force requested the prosecution look into the suspicions. 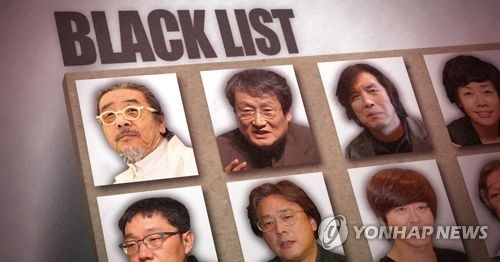 The culture ministry's fact-finding committee has now said it will expand the scope of its probe to include the alleged cultural blacklist during the Lee government.

"Many of the cases subject to investigation by the committee are those that occurred during the Park administration, but we have also received many reports and requests for probes into cases that took place during Lee Myung-bak's presidency," Cho Young-seon, a lawyer who heads the culture ministry's fact-finding subpanel, said during a press conference in central Seoul.

"It is in line with the purpose and intent of the fact-finding committee to not put limitations on the scope of the probe concerning, in particular, the timing of individual incidents or when government policies or decisions on corresponding cases are made," he said.

The task force said it is currently looking into six major cases, including allegations of the authorities' meddling in the Busan International Film Festival for its screening of a politically sensitive documentary film.

Following the press conference, the team opened various one-day events to share the results of its one and a half months of activity with the general public and the culture and arts community at the same venue.

Meanwhile, veteran actor Moon Seong-geun, one of the 82 figures allegedly blacklisted by the Lee government, appeared at the Seoul Central District Prosecutors' Office in southern Seoul on Monday morning to be questioned as a witness in the case.

According to the NIS reform task force, the agency's psychological warfare team manipulated a photo of Moon lying naked with actress and social activist Kim Yeo-jin and distributed it online to defame the two celebrities in November 2011.

"The NIS made and distributed the pornography through formal means," Moon told reporters before going into the prosecution office. "I think it's shocking and lamentable that the Lee administration disgraced the country as much as possible." 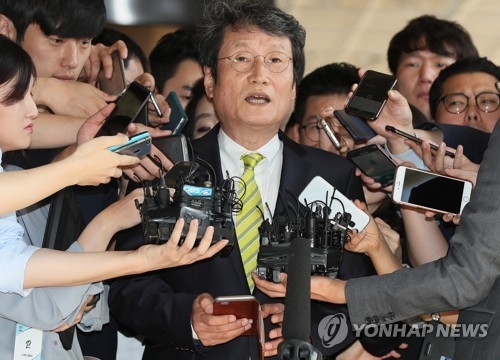