According to the data compiled by industry tracker WiseApp on Android users, the number of Samsung Pay users in September was double the 3.22 million users posted a year earlier.

The figure is based on the number of people who used the application at least once a month.

The survey involved 2,300 South Korean users of Android-powered phones, the industry tracker said. The combined number of Android users in South Korea is estimated at 37 million.

The research excluded mobile payment services that can be used without a separate application, such as Naver Pay and Kakao Pay. 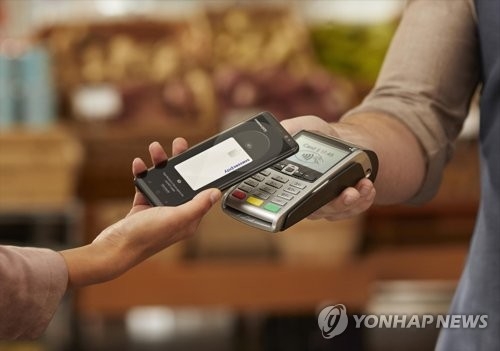