SEOUL, Oct. 19 (Yonhap) -- In 2005, the Seoul Metropolitan Government stumbled upon an 871-square-meter underground bunker while building a bus transfer station in Yeouido, western Seoul. After years of planning and renovation, the historic place was unveiled Thursday as a public art gallery.

Named SeMa Bunker, as the Seoul Museum of Art (SeMA) runs the space, the gallery opens with an exhibition consisting of two sections: "Yeouido Modernity" which highlights Korea's modernization process in video, installation and photography and an archival show "Historic Gallery" that chronicles the history of Yeouido and the bunker. 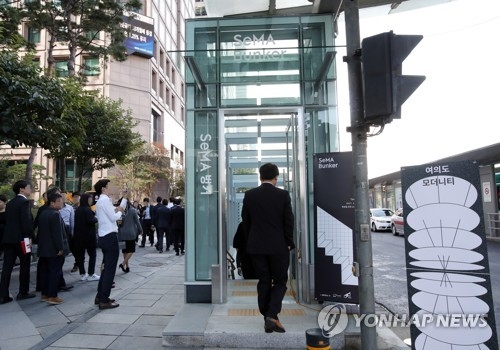 While no official record was ever found on the underground bunker, fitted with a comfy couch, toilets and shower facilities, the city believes it was built around at the end of 1976 or early 1977 based on the military's aviation photos of the area. The city also assumes the mysterious 3-meter-high shelter was created for then President Park Chung-hee, a military dictator who ruled Korea from 1963-1979, in case of an emergency.

Right above the bunker, which lies five meters underground, used to be a review stand that Park used to inspect military parades in the massive Yeouido Square on Oct. 1, Armed Forces Day. At that time, several hundreds of thousands of soldiers used to march there in a special ceremony.

"We believe the bunker was built to prepare for any emergency during the day's official ceremony," Seoul Mayor Park Won-soon said during an opening ceremony.

"People create a space but a space also makes people's life. We value our history and places with stories," said the mayor who is well known for putting top priority on preserving the city's old buildings and structures.

"I hope we start yet another tradition right here today," he said, hoping that many people visit the art gallery that was "once neglected but reborn into a special place that holds our history and memory." 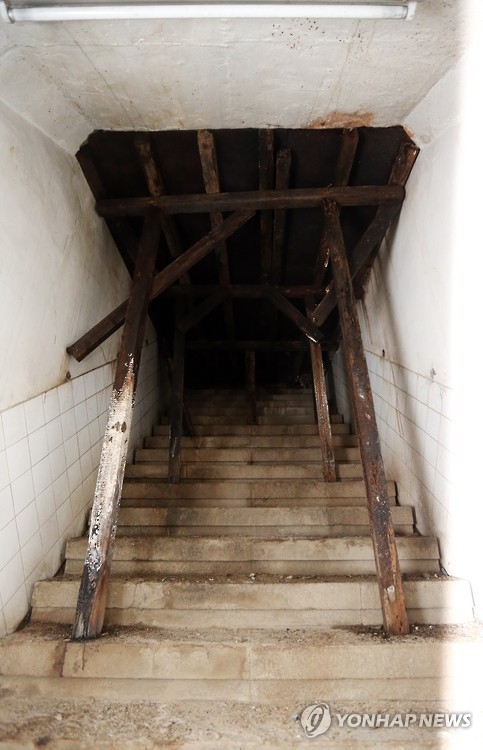 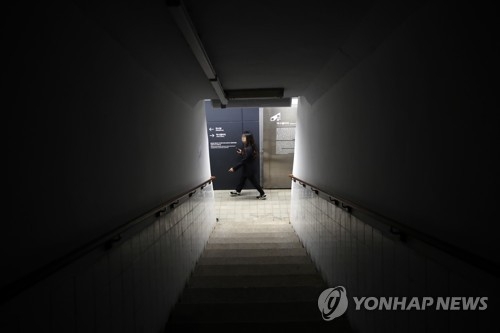 Separately, the city also announced a plan to unveil two other underground facilities -- one in Gyeonghui Palace, believed to be constructed at the end of the Japanese colonial period (1910-1945), and the other Sinseol-dong "Ghost" Station constructed in 1974.

The massive 1,378-square-meter shelter in the palace is believed to have been built to brace for an air strike from the Japanese military during World War II. It comes with 10 rooms and communication facilities. The 3-meter-thick walls indicate how substantial and solid the structure is.

The latter station became obsolete as a subway route that passed the station was arranged. Located in a third basement, the station has been restricted for the public for the past 43 years. But it has been often used by K-pop idol groups such as EXO and TWICE to shoot music videos as well as in dramas and films.

The two places will be temporarily made available during weekends from Oct. 21 to Nov. 26 for those who make an online reservation and a long-term plan will be set up next year after reviewing the response from the public, the city said. 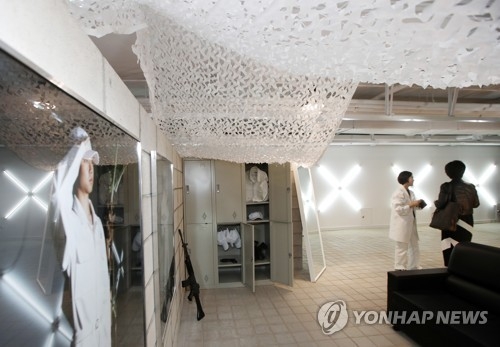