SEOUL, Oct. 25 (Yonhap) -- Singer-producer Rain and actress Kim Tae-hee have recently become parents of a baby girl, according to the singer Wednesday.

"Thank you. She's a beautiful princess. We will raise her to be good for the world," singer Rain wrote on his Instagram account. Rain Company, the singer's agency, said it was not aware when the baby was born.

Rain, real name Jung Ji-hoon, and actress Kim got married in January. The two stars first met on the set for a TV commercial shoot in 2011 and started dating in the fall of 2012. 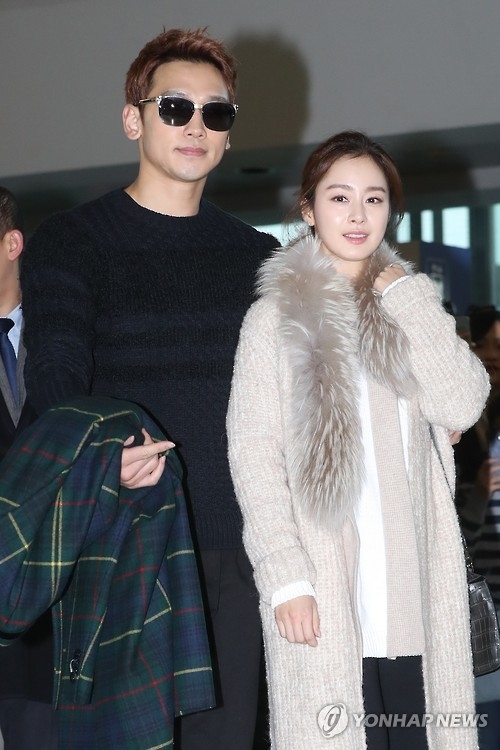