SEOUL, Oct. 25 (Yonhap) -- Conceptual artist and architect Choi Jae-eun's long-term project "Dreaming of Earth" started from an interesting irony she found in the Demilitarized Zone (DMZ) between South and North Korea: One of the world's most peaceful and precious ecological repositories has been born in one of its most dangerous and heavily fortified areas.

Having first introduced her project as part of "Real DMZ Project" organized by the Art Sonje Center in Seoul in 2014, she has now been joined by some like-minded global figures, including the Pritzker Architecture Prize-winning Japanese architect Shigeru Ban, Danish-Icelandic artist Olafur Eliasson and American professor and journalist Alan H. Weisman.

Using a comprehensive conceptual design to transform the hostile military zone into a pacific, artistic one, 10 artist teams have created a floating garden and an elevated passage that are 3 to 5 meters above the earth and peacefully connect the two Koreas -- still technically at war -- even if in a metaphorical way. 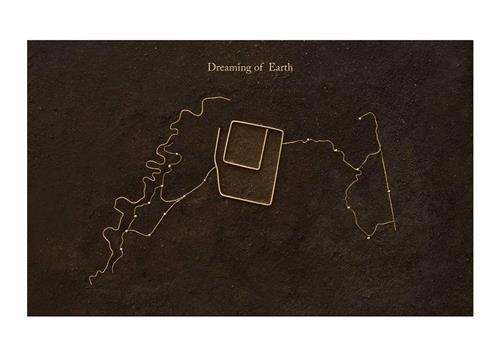 The 13-kilometer-long passage is anchored by 12 Korean traditional pavilions or "jungja." Five pavilions have been designed by Eliasson, Lee Ufan, Lee Bul, Studio Mumbai and Tadashi Kawamata in a way that minimizes architectural interventions and makes the utmost use of natural materials. There will also be a Seed Bank and a Knowledge Bank, both of which intend to educate visitors about the ecological and historic importance of the site and help preserve its pristine natural condition.

The sites for the remaining seven pavilions conspicuously and symbolically remain empty for future participation by North Korean architects if and when relations between the two countries improve -- although they would have to improve dramatically.

"This is a dreamlike project with the aim of better preparing for reunification, which will happen one day. Many global artists joined us to dream together," said Choi during a press briefing at the Seoul Museum of History on Wednesday. 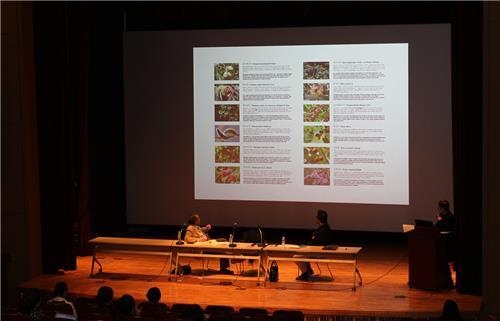 "With the 10 artist teams, the project has become more solid and is not only about the two Koreas, but it has become a truly global project," she said.

Two years ago, she submitted the project plan to South Korea's Ministry of Unification, which deals with inter-Korean issues, for deliberation. But she hasn't heard from them.

"This is not a complete project but a work-in-progress. We, as artists, give play to our imagination and suggest whatever we can in our respective fields," said architect Cho Min-suk.

Alan Weisman, the author of the critically acclaimed "The World Without Us," which raises awareness of environmental issues, said he was impressed by "one of the most extraordinary artistic, aesthetic proposals that have ever happened in this world to bring together such an incredible talent to do nothing less than what politicians have never been able to do on the peninsula and to do something that is going to have a huge impact all over the world." He added, "What happens in Korea is very connected to what happens in the world."

The project was invited to the Venice Architecture Biennale last year to introduce to the world the special geographical and political circumstances of the zone.

"We will continue this project until it materializes. It may take 10 years or never happen. Or it could happen in a few years," said Choi. "Everyone is in the project, dreaming the same dream about a day when it comes true." 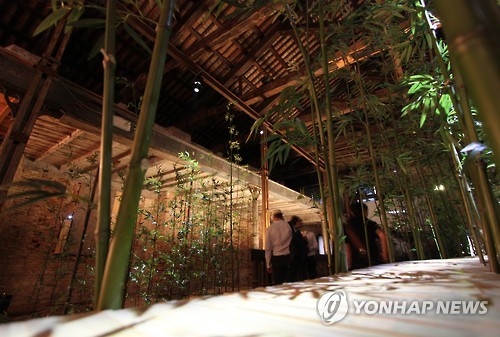 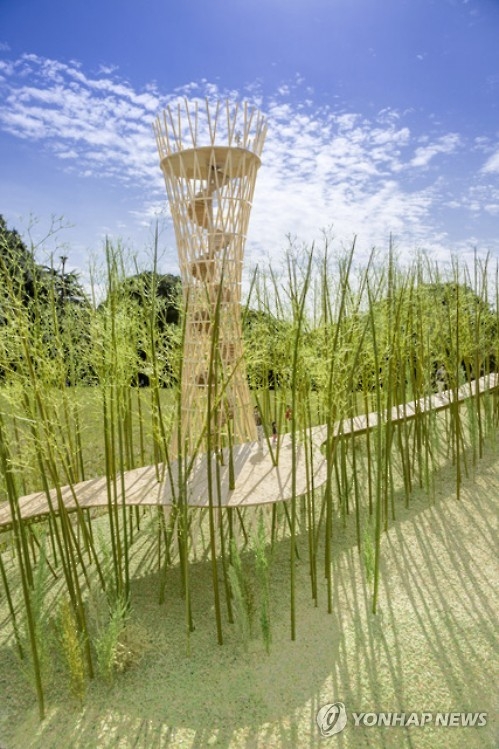