SEOUL, Oct. 27 (Yonhap) -- An appeals court in Seoul overturned a lower-court acquittal of a professor and fined her Friday, finding her guilty of charges that she defamed victims of Japan's wartime sexual slavery with her book.

The Seoul High Court handed down a fine of 10 million won (US$8,846) to Park Yu-ha, a Sejong University professor, who was charged with defaming sexual slavery victims, known as "comfort women," with her controversial book "Comfort Women of the Empire."

Victims and other critics claimed the book disputes the coerciveness of the "comfort women" system, including portraying their ordeal as prostitution and saying victims had "comrade-like relations" with Japanese troops.

The court accepted prosecutors' arguments that Park tainted the reputation of the victims.

"Professor Park used definitive expressions, and readers could have taken it as a fact that most comfort women voluntarily became comfort women and engaged in prostitution in exchange for financial rewards," the court said.

"As a person who has studied the comfort women issue for a long time, professor Park was aware that these descriptions lower the social reputation of the victims," it said. "Professor Park also caused huge psychological pains with the distortion of facts."

Friday's verdict overturned the lower court's decision in January that she is not guilty because academic freedom is a basic right guaranteed by the Constitution.

Park said she will appeal to the Supreme Court.

"This is a wrong decision based solely on prejudices, and I will, of course, appeal," she said. "The comfort women issue is a matter still under study. ... I had no awareness (at the time of writing the book) that my views were wrong."

Historians estimate that more than 200,000 women, mostly from Korea, were forced to work in front-line brothels for Japanese soldiers during the war. Korea was under Japanese colonial rule from 1910 to 1945. The victims are euphemistically called "comfort women." 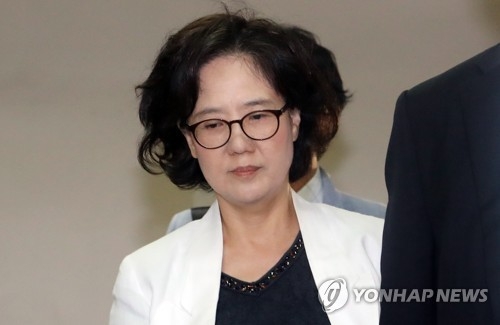