SEOUL, Oct. 29 (Yonhap) -- It will be a rematch of aces in the first elimination of the Korean Series on Monday.

The Kia Tigers defeated the Doosan Bears 5-1 on Sunday to move within a win of seizing the Korea Baseball Organization (KBO) championship. And they'll task right-hander Hector Noesi with trying to clinch their first title since 2009.

The Bears will send right-hander Dustin Nippert to the hill to extend the series. 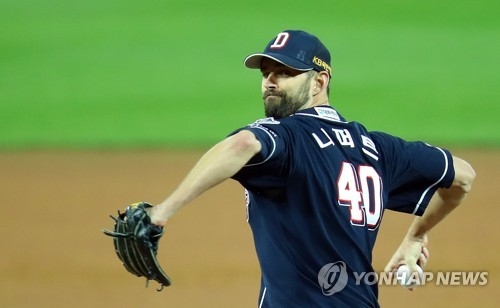 Both pitchers started Game 1 of this series last Wednesday, and Nippert got the upper hand, earning the win in the Bears' 5-3 victory by holding the Tigers to three runs over six innings.

Nippert improved to 2-1 in the Korean Series with a 2.25 ERA in six career starts.

Noesi took the loss in Game 1 after giving up five runs -- one unearned -- in his six innings of work on six hits, including two home runs.

Those two homers were back-to-back jacks by cleanup Kim Jae-hwan and No. 5 hitter Oh Jae-il. 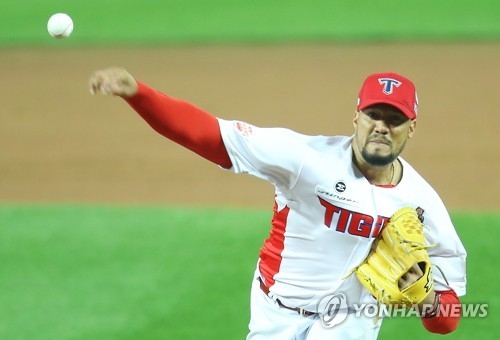 Rematch of aces set in elimination game in Korean Series

Rematch of aces set in elimination game in Korean Series