SEOUL, Oct. 30 (Yonhap) -- TWICE has just celebrated their second anniversary but has grown to be one of the most impactful acts in the K-pop scene. It has notched up success after success for its songs such as "Like Ooh-Ahh," "Cheer Up," "TT" and "Knock Knock" and "Signal."

But many people will be surprised to know that the group has never put out a full-length album. 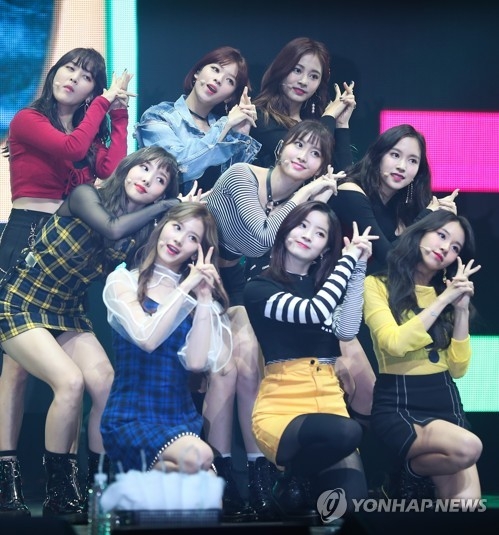 "We're very excited and nervous to come to release this album not only because it is our first studio album but we prepared a lot, including choreography, for this," Nayeon said during a media showcase for the new album at Yes24 Live Hall in eastern Seoul.

Many of the members -- Nayeon, Jungyeon, Jihyo, Dahyun and Chaeyoung -- participated in the album's production as songwriters.

"We hoped to come closer to our fans and the public with this album," Nayeon said. "I'm very happy because we returned with new songs."

Chaeyoung echoed the feeling, saying that she feels thrilled before dropping the album because the group's preceding songs received so much love from the public. "We diligently worked on this to repay what we owe." 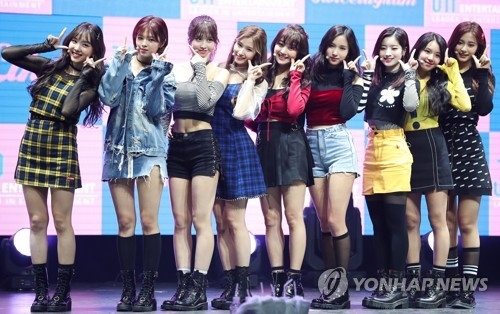 "Likey" is a future electro-pop number with lyrics portraying feelings of excitement and joy one gets from the word "Like" in social media.

Also included on the new album are "Missing U," in which Chaeyoung and Dahyun participated in writing the rap lyrics, "24/7" co-written by Nayeon and Jihyo and "Love Line" written by Jungyeon. Hyerim, a former member of Wonder Girls managed by the same talent agency JYP Entertainment, co-composed and wrote the lyrics for the track, "Look at Me." 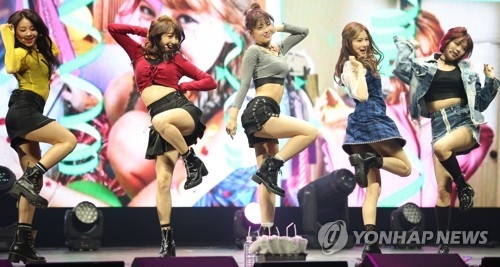 TWICE's first Japanese single "One More Time" has recently exceeded 200,000 copies sold, one of the highest for non-Japanese artists in the country.

"I think the great attention we're receiving in Japan was because our seniors Kara and Girls' Generation pioneered the way before us," said Sana, a Japanese member of TWICE. "We still have a long way to go but will continue efforts to reach more to our fans."