SEOUL, Oct. 31 (Yonhap) -- Song Joong-ki and Song Hye-kyo, who starred in the hit TV series "Descendants of the Sun," tied the knot in Seoul Tuesday.

The celebrity couple made their fictional romance a reality in a ceremony at the Shilla Hotel. Under tight security and secrecy, their wedding was attended by 300 close friends and family members. Chinese actress Zhang Ziyi was among the attendees.

With no officiant at the wedding, actors Yoo Ah-in and Lee Kwang-soo read a congratulatory letter. Lee recalled his 8-year-long friendship with the groom in a speech and asked the bride to "look after my friend Joong-ki."

Singer Ock Joo-hyun sung "A Whole New World," a song from Disney's 1992 animated feature film "Aladdin," for the pair. Actor Park Bo-gum played the piano, along with which the groom was expected to serenade the bride. 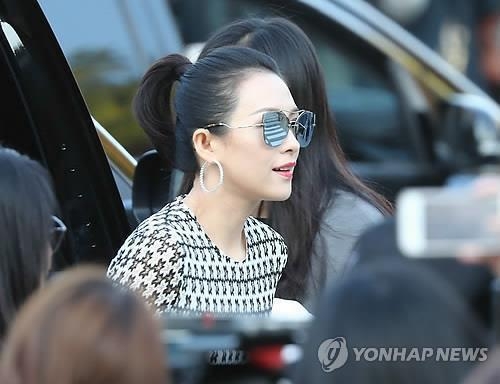 The bride, 35, in a Christian Dior wedding gown with a low back, and the groom, 32, in a black tuxedo, are said to have shed tears during the ceremony.

As expected, there was no media briefing or photo sessions prior to the ceremony. But there was heated media coverage by Korean and Chinese press.

The wedding took place in the garden of Youngbingwan at the hotel, which is visible from rooms with a city view. Chinese media apparently shot the wedding from some of the rooms, as the wedding was broadcast live on the Chinese social media platform Weibo. 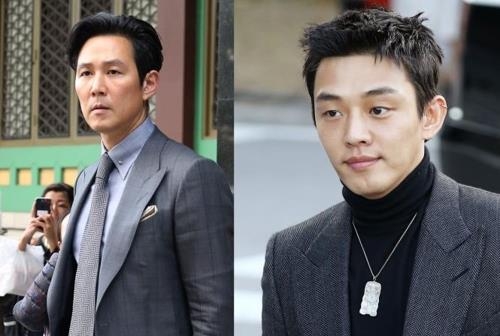 Last month, the two shot their wedding photos in San Francisco. The newlyweds won't immediately leave for a honeymoon and are expected to move into their new home in Itaewon, which Song Joong-ki bought in January.

On July 5, the two stars confirmed the dating rumors about them and made the surprise announcement through their management agencies that they would marry Oct. 31.

At the wedding venue, around 300 Korean and foreign fans, mostly from China where the drama was a runaway hit, gathered to get a glimpse of the glamorous stars. The hotel said the occupancy rates were higher than usual as fans and media apparently reserved rooms.

"I am a fan of both Song Joong-ki and Song Hye-kyo. I came to Korea two days ago to see the wedding. I hope they become happy together and have a baby soon to look after them," a Chinese fan told Yonhap News Agency. 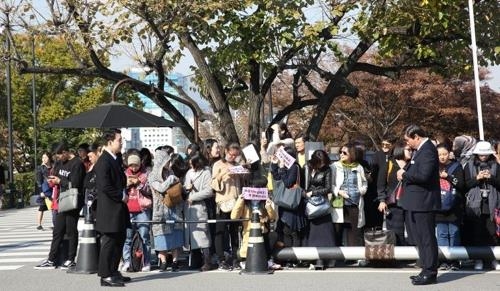 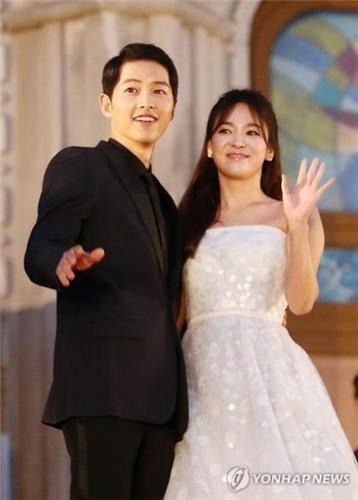