SEOUL, Nov. 8 (Yonhap) -- South Korea wants technology transfer or other benefits, worth US$400 million, from a foreign contractor for the supply of new naval choppers, the state arms procurement agency said Wednesday.

The country plans to purchase a dozen anti-submarine warfare helicopters in a 780-million-dollar project.

"(We) plan to push for an offset package with the size of around $400 million," the Defense Acquisition Program Administration (DAPA) said, as it began a search for domestic firms to join the program.

If selected, they will receive technology transfer or military equipment export support in the envisioned quid pro quo agreement.

The agency plans to open a bid for the acquisition project next year so that the Navy can deploy new choppers starting in 2020.

Leonardo Helicopters, the manufacturer of the AW-159, hopes for a repeat order. Other candidate models include Sikorsky's MH-60R and NHIndustries' NH-90. 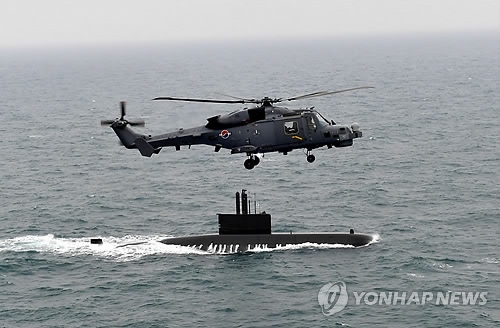