The eight-episode series shows a more up close and personal side of the 11 winners of the popular audition program "Produce 101," as well as behind-the-scene stories, music cable channel Mnet said.

KBS 2V's weekend drama "My Golden Life" starring Park Si-hoo and Shin Hye-sun shared the top honor with the reality show. The series, the highest rated TV drama so far this year, revolves around a woman who dramatically rises up the social ladder by lying about her true identity.

SBS TV's variety show "Master Key" ranked eighth with a score of 223.6, one step higher than the previous week, and featured popular idols from EXO, Wanna One and EXID. Contestants are tasked to find out who holds master keys. 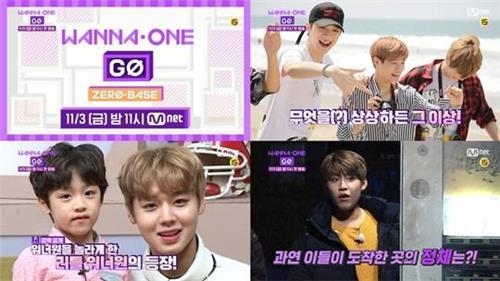