SEOUL, Nov. 22 (Yonhap) -- A famous music video and advertising director was sentenced to three years in prison on Wednesday for his involvement in an influence-peddling scandal that removed former President Park Geun-hye from office.

The court also sentenced Song Sung-gak, former chief of the Korea Creative Content Agency, to four years in jail and orderd him to forfeit and pay a fine of a combined 87 million won (US$79,700) over similar charges. Two others involved in the case were given suspended jail terms.

Cha, a renowned music video artist who worked with many K-pop stars including Psy and BIGBANG, was indicted in November last year for pressuring companies into awarding contracts to an advertising firm owned by Choi Soon-sil, Park's confidante at the center of the scandal.

Prosecutors added money laundering charges to the indictment of Cha in May that extended his detention until late this month.

His case is one of many pieces of what has led to a massive scandal involving the ousted president and Choi, both of whom are now standing trial for corruption and bribery. 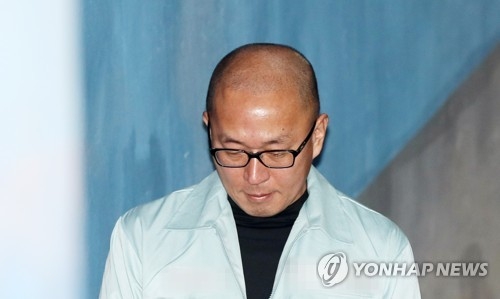