The upcoming record titled "Merry & Happy" will come out Dec. 11 and will include "Heart Shaker" and several new songs in addition to the track list for "Twicetagram," according to JYP Entertainment.

The nine-member girl group swept the local music charts with "Likey," the lead song for "Twicetagram," upon its release in late October. The record also peaked at No. 1 on Apple's iTunes album charts in 11 countries, including Japan, Hong Kong and Singapore. 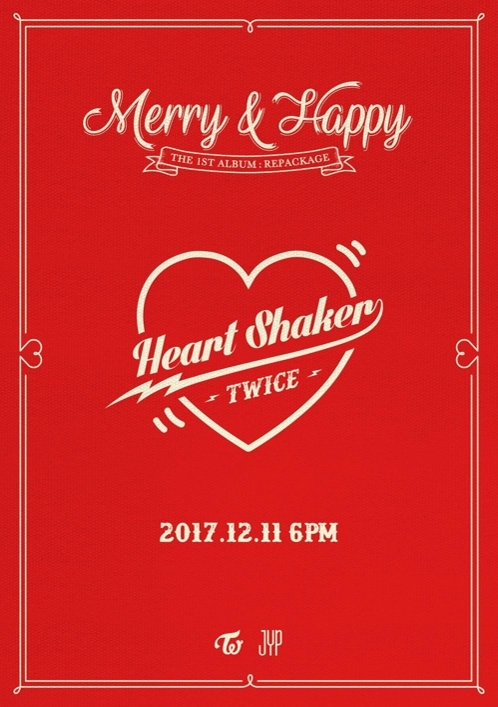 TWICE to drop repackaged edition of 'Twicetagram' next month

TWICE to drop repackaged edition of 'Twicetagram' next month