Samsung Advanced Institute of Technology said the graphene-based battery will come with 45 percent higher capacity compared to models on the market at present.

Graphene is a form of carbon that is considered to be an ideal material to be applied to batteries, as it can move electricity 140 times faster than silicon.

Samsung said batteries applied with "graphene balls" will take 12 minutes to be fully charged, while it takes an hour for existing batteries. As they can also maintain stability at up to 60 degrees Celsius, the new batteries could also be used in electric automobiles.

The research was posted in Nature Communications under the title "Graphene balls for lithium rechargeable batteries with fast charging and high volumetric energy densities."

While the lithium-ion batteries were first commercialized in 1991, industry watchers say the technology has been facing limits in terms of capacity and charging speed. Accordingly, the latest research may serve as a breakthrough for the global battery industry, experts said.

Samsung Advanced Institute of Technology said it has applied for patents in South Korea and the United States regarding the new findings. 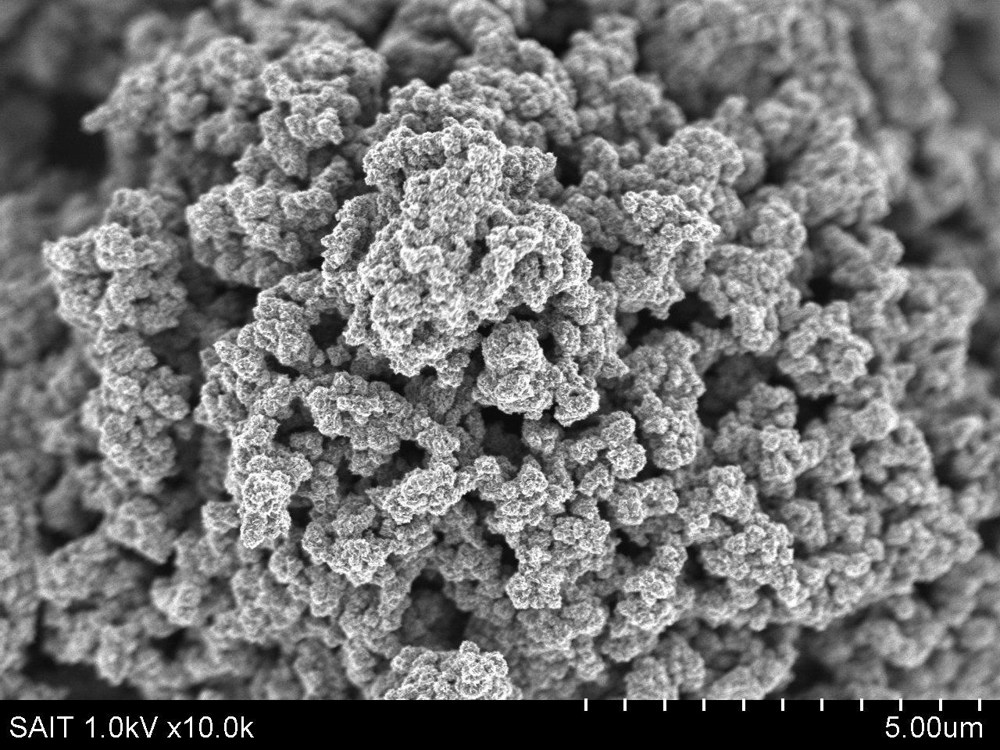