SEOUL, Dec. 1 (Yonhap) -- Just past noon on a recent Monday, a 30-something woman entered a small brick-and-mortar shop in the heart of Seoul, the kind of commonly seen convenience store in South Korea that sells a little bit of everything.

Except, it was locked until the shopper tagged her credit card on a reader placed next to the door to get in. She had no human contact in the course of her visit that lasted three minutes or so, during which time she picked up some snacks, paid with her credit card and left.

The shop at the Westin Chosun hotel is one of four unmanned convenience stores run by emart24, an affiliate of leading discount store chain operator Shinsegae, which opened in September amid local retailers' efforts to find a breakthrough in the saturated market.

While it mostly looks like any other 24-hour shop, a closer look reveals some differences between it and outlets with a clerk.

There is no alcohol, and cigarettes are sold through a vending machine. Self-service kiosks, where guests scan the bar codes of their items, automatically reject products that are past their sell-by dates.

At present, only people using certain payment systems, such as credit cards issued by the business group's financial arm, can enter the store after a prior registration.

Automated stores belonging to emart24, on the other hand, allow access and payment with any credit card, though they could be more susceptible to robbery. 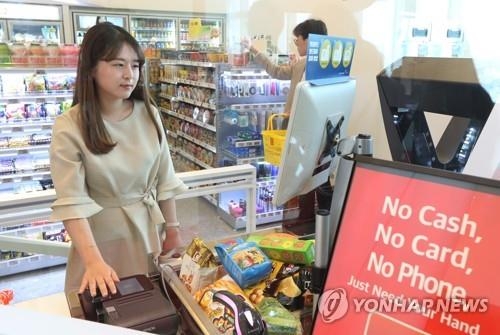 BGF Retail Co., the operator of South Korea's largest convenience store chain, CU, is also attempting to tap into the emerging business with a mobile application called CU Buy-Self, which allows customers to pay on their own.

The app has been on a beta run at its outlet in Seongnam, south of Seoul, since last week and the company plans to expand the service nationwide by the first half of next year.

"It currently plays a supportive role in running our store, but we believe it will ultimately be the starting point for the realization of cashierless convenience stores," said Lee Eun-kwan, head of the company's management innovation department.

Industry watchers say it will take some time for the new type of stores to fully replace conventional ones, mainly due to security reasons.

"It seems the new cashierless stores are still at a self-service stage, rather than an automation stage," said industrial and systems engineering professor Lee Tae-eog at the Korea Advanced Institute of Science and Technology (KAIST).

"Unless retailers find the technology to minimize the possibility of theft to near zero, they won't be able to adopt the system nationwide," he said.

Indeed, emart24 operates a separate team at its headquarters to monitor the four unmanned stores 24 hours a day via CCTV.

"We will focus on improving the overall system, including the security issues, before we roll out a further expansion plan," an emart24 official said. 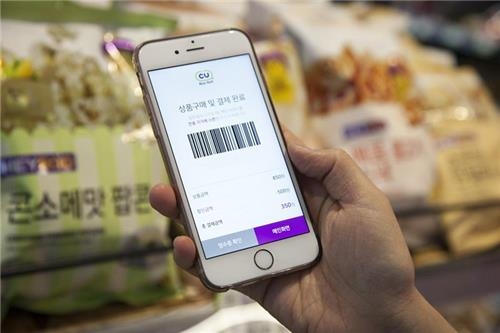 Yet many experts say the appearance of such experimental shops is a sign of things to come and that it is about time to seriously talk about how to face the new era of automation and its effects on the job market.

The race to take a lead in the next generation retail model is gathering steam in part because of the government's push to increase the minimum hourly wage to 10,000 won (US$9.29) by 2020.

In July, the government decided to raise the minimum wage by 16.4 percent to 7,530 won per hour next year, marking the biggest jump in nearly two decades.

"For retailers, labor costs constitute a big part in running their businesses," professor Lee said. "They cannot just sit idle when all the other competitors are putting more and more resources into automation," he said.

"There will be simply less work for humans to do, and those low-paid workers doing simple tasks will be the first to be hit," the professor added.

"We held a couple of discussion sessions over the issue, and many of our members actually express concerns over whether they will be able to keep their positions and whether it will become more difficult to find a job," she said.

"Some people maintain an optimistic stance, saying new jobs will be created along the way, but it is still vague whether that work will be distributed to people of all strata," the activist added.

Lee Nam-sin, director of the Korean Contingent Workers' Center, suggested that all relevant parties, including the government, sit down together and come up with a consensus on how and to what extent automation should be adopted.

The director, who represented laborers at the trilateral council of labor, management and the general public for next year's minimum wage negotiations, said all the burden will be placed on the workers in the absence of such talks.

"The move for a more automated society is an irreversible trend at this point," director Lee said. "The question is how to make a soft landing." 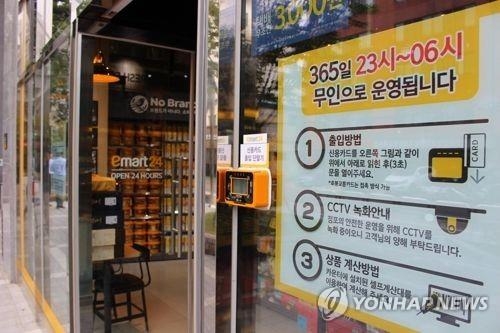