In a monthly policy meeting, the Bank of Korea (BOK) on Thursday raised the so-called base rate by a quarter percentage point to 1.5 percent amid clear signs of an economic recovery, snapping the 16-month streak of its wait-and-see stance after the last rate cut made in June last year.

An increase in the benchmark interest rate usually prompts commercial lenders to charge more on mortgages and other loans, and vice versa.

Analysts said the mortgage rate reductions came as market interest rates have already gone up after factoring in expectations of a key rate raise.

Also responsible was the BOK head's remark made in a new conference after the rate-setting meeting that "The central bank will carefully judge whether to adjust the key rate additionally," they pointed out. 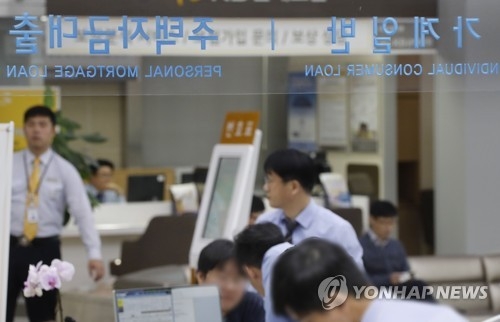 In light of those factors, local banks are unlikely to raise mortgage rates by as much as the base rate for the time being, they added.

"On the bond market, expectations of a key rate hike have already been reflected in market rates twice, which may go south gradually down the road," said Park Jong-yeon, an NH Investment & Securities analyst.

Over the long haul, however, watchers forecast bank mortgage and other lending rates to climb as the central bank is widely expected to carry out three rate hikes next year.

Their prediction is based on such factors as a steady recovery in the South Korean economy, a government drive to rein in property prices and snowballing household debt, and monetary tightening in the United States and other advanced economies.

"Thursday's rate hike signals the start of additional increases down the road, which will inevitably have an impact on bank lending rates linked to the benchmark rate," said Park Sung-wook, a researcher at the Korea Institute of Finance. 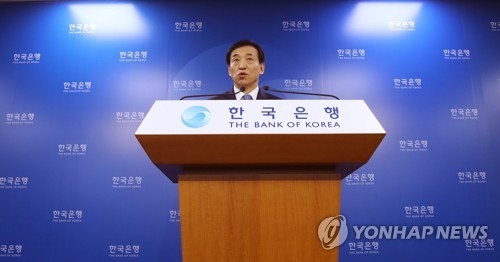