Crude prices have recently surpassed the US$60 mark per barrel on a global economic recovery and on hopes for the extension of an output cut deal by the Organization of Petroleum Exporting Countries (OPEC).

"A hike in international oil costs will have a negative impact on private consumption and corporate capital spending, exerting downside pressure on the local economy," the think tank said. 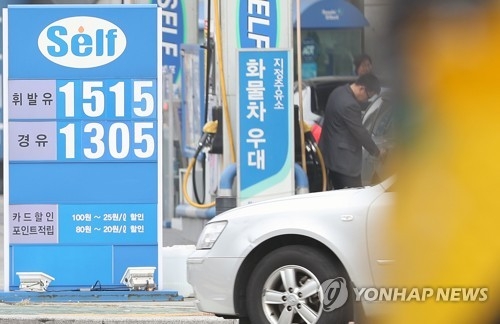 Under such a scenario, South Korea's consumer spending could drop by 0.81 percentage point with corporate investment in new plants and equipment likely to fall by 7.56 percentage points due to falling sales and increased costs.

However, South Korea's exports, one of its key growth engines, would likely expand by an additional 1.08 percentage points thanks to increased export prices, it said.