The much-delayed revision to the country's tax code that imposes an income tax on religious leaders, such as the clergy, priests and Buddhist monks, will take effect Jan. 1.

On Monday, the Ministry of Strategy and Finance unveiled the compromised version of the revision after discussions with the religious leaders. It came after a failed attempt by some lawmakers to delay the imposition of the income tax by two more years, citing a lack of preparation in the religious circle. 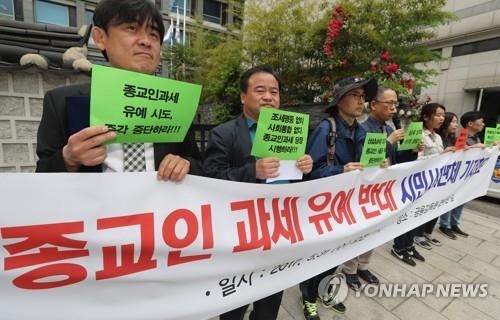 The Jogye Order of Korean Buddhism, the country's largest Buddhist group, said it has been creating an introductory manual for their monks. At the same time, it is considering a way to deduct withholding taxes and pay them to the government on behalf of its members.

"We're trying to offer the best services as possible to make things easier for the monks, who are unfamiliar with the new system," said Kim Yong-goo, an official at the group's planning department.

The Presbyterian Church of Korea's Hapdong branch, an Evangelical Presbyterian denomination, has been holding a seminar for the clergy in seven cities nationwide, including Gwangju, Daejeon and Jeonju, to explain the government's new tax plan. Also in the pipeline is an introductory booklet.

Action for Church with Sound Finance, a liberal Protestant group, also held a seminar Tuesday, providing the clergy with necessary tips on the new taxation and introducing a new tax filing service scheduled to be rolled out early next year.

Catholic priests are more relaxed since they have been voluntarily paying income taxes since 1994. But they are also looking into the changed tax code to better adapt themselves to the new change. 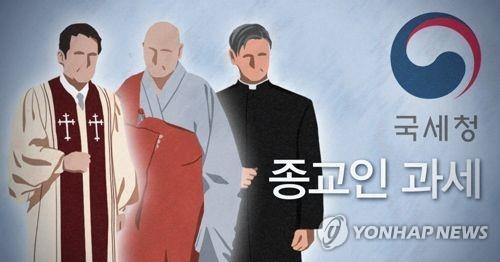