Ryom and Kim clinched their Olympic spot at the Nebelhorn Trophy in Germany in September.

According to NBC Sports, the International Skating Union (ISU) has not received any word from North Korea.

The non-action casts further uncertainty over the prospect of North Korea competing at a Winter Olympics hosted by South Korea for the first time. North Korea did not participate in the 1988 Seoul Summer Olympics. 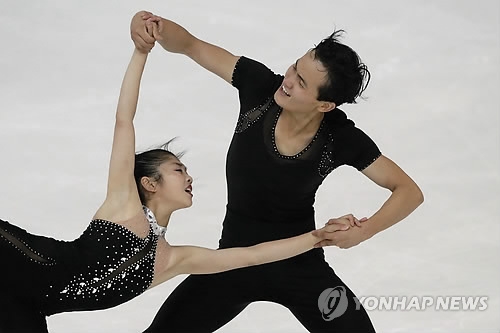 But the doors are still open for North Korea. The International Olympic Committee (IOC) may grant select North Korean athletes wild card entries. IOC President Thomas Bach has repeatedly stated that the IOC has invited North Korea to participate in PyeongChang 2018 and that it has offered support if necessary.

North Korea did not compete at the 2014 Sochin Winter Olympics.

Last month, North Korea skipped the final leg of the ISU World Cup Short Track in Seoul, which doubled as the last Olympic qualifying event. North Korea only competed at the first two World Cups, and the Olympic quotas were filled based on the three best performances by skaters out of four World Cups.

The organizing committee for PyeongChang is taking a wait-and-see approach on the North's participation. An official there said Olympic participation is apparently a sensitive issue in Pyongyang as well.