Paredes, a 29-year-old from the Dominican Republic, bounced between five major league clubs over six seasons. He made his big league debut with the Houston Astros in 2011, and split his 2016 season -- his last in the majors -- between the Toronto Blue Jays and the Philadelphia Phillies.

Paredes, a switch hitter who has played second base, third base, left field and right field, has a career .251 batting average in the majors with 20 home runs and 100 RBIs in 332 games.

Paredes will replace Nick Evans, who was cut loose after two years with the Bears. Evans batted .296 with 27 homers and 90 RBIs in 2017.

The Bears said Paredes brings versatility on defense and a good deal of power at the plate. 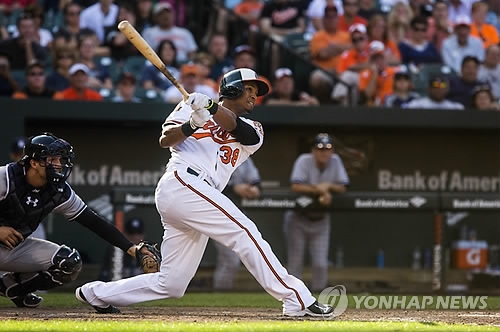