SEOUL, Dec. 3 (Yonhap) -- LG Electronics Inc. appointed a new head for its mobile business in a reshuffle announced earlier this week, apparently due to the underperformance of its handsets, industry watchers said Sunday.

In the Thursday reshuffle, the South Korean consumer electronics giant tapped Hwang Jeong-hwan as the new leader of its mobile communications arm. His predecessor Cho Jun-ho, who had led the struggling division for around three years, was relocated to lead LG Academy, an education arm of LG Group.

Industry watchers said Hwang's top priority would be improving the profitability of the mobile division.

Despite robust performance in the home appliances business, LG Electronics posted losses in its mobile business for the 10th consecutive quarter as of the July-September period.

Corporate data showed that LG's mobile arm posted an operating loss of 375.3 billion won in the third quarter, due mainly to the rising production cost of smartphones and higher marketing spending.

While the company sought to grab a larger slice of the market with its V30 smartphone in the second half of 2017, industry watchers said the device currently has a weak presence in the market amid the popularity of Samsung's Galaxy Note 8 and Apple's iPhone 8 and iPhone X. 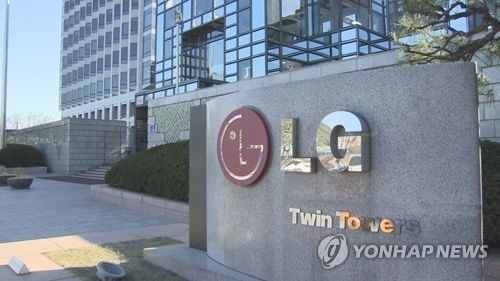