SEOUL, Dec. 1 (Yonhap) -- A rise in the Bank of Korea's key rate this week, the first such move in more than six years, is expected to help Woori Bank increase profits next year, the nominee for Woori Bank's chief executive said Friday.

Sohn Tae-seung, currently Woori Bank's executive vice president and head of the global business group, made the remarks a day after he was named to lead the lender.

Sohn, who is expected to be appointed at the bank's shareholder meeting later this month, also said he will step up cooperation with the government for the planned sale of the government's stake in Woori Bank. 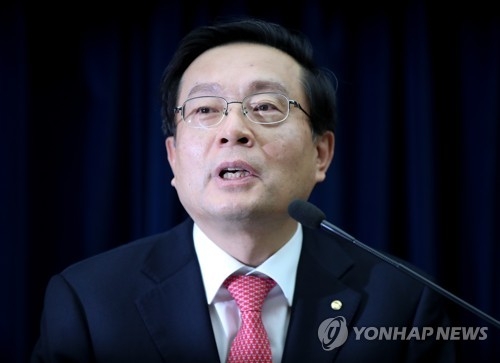 The central bank raised its key rate to 1.5 percent on Thursday, marking the first increase since June 2011.

"A rate rise is a plus factor for banks, and we will report more assets and profits by increasing non-interest income next year," Sohn told reporters.

Woori Bank has been under probe by prosecutors over alleged irregularities in hiring college graduates last year.

Local media reports said the probe might have been sparked by a long-running factional dispute inside the bank, which was created by a merger of two banks in the wake of the 1997-98 Asian financial crisis.

Sohn said he will do his utmost to resolve the factional dispute with what he calls an "inclusive leadership."
(END)