Health and Welfare Minister Park Neung-hoo said it is a global trend to adopt the so-called stewardship code for state pension funds in order to protect their investment and boost their profitability over the mid and long term.

"Some 20 advanced nations, including the United States and Britain, have implemented the stewardship code," Park told a meeting of the Investment Management Office of the National Pension Service (NPS). "The NPS will be able to boost the long-term stability and profitability of its funds through the introduction of the code."

The stewardship code refers to a set of principles or guidelines aimed at making institutional investors, who manage other people's money, be active and engage in corporate governance in the interests of their beneficiaries.

Park said it will take a while to implement the code of conduct and that the state pension operator may adopt it in the second half of next year at the earliest.

"It is necessary to take a guarded approach toward the issue in light of concerns over interference in corporate management," the minister said. "A specific plan will be presented as soon as a related study is completed."

The NPS attempted to introduce the code in December last year amid intense criticism over its approval of Samsung Group's two flagship units, which came to light following a massive influence-peddling scandal involving a close confidante of ousted President Park Geun-hye. 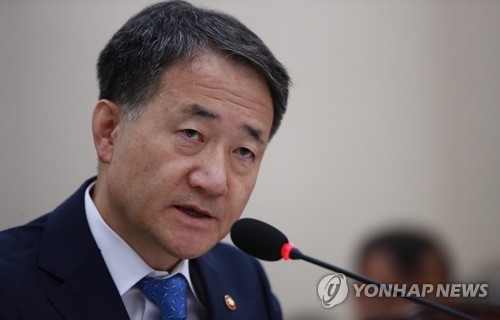 Improving South Korea's corporate governance through the NPS' introduction of the stewardship code was one of President Moon Jae-in's election promises.

Despite holding large stakes in local firms, the NPS has also been under flak for rubber-stamping key agenda items at shareholders meetings to serve the interests of large shareholders or management rather than small investors.

The NPS had 602.7 trillion won (US$555 billion) under its management at the end of August this year, making it one of the three biggest pension operators in the world.

As of end-September, the pension operator had stakes of 5 percent or more in 278 listed companies in South Korea, including 9.7 percent in top cap and tech giant Samsung Electronics Co., 10.4 percent in chip behemoth SK hynix Inc. and 8.1 percent in leading automaker Hyundai Motor Co.

Given that, the pension operator's introduction of the stewardship code will have a great impact on the management of listed companies in Asia's fourth-largest economy, industry watchers said.

They voiced concern that the government may try to influence corporate management by taking advantage of the NPS, asset management companies and other institutional investors.

The welfare minister made clear that it is a prerequisite to establish a transparent management agency and a set of related principles in order to wipe out such worries.

South Korea adopted the state pension program in 1988 to guarantee income for the elderly after retirement, and to provide coverage for disabilities and surviving family members. As of end June, it had 21.67 million subscribers with 4.28 million people being eligible for payments. 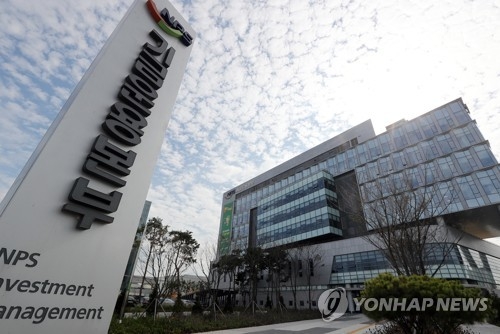