SHANGHAI, Dec. 1 (Yonhap) -- The number of Chinese nationals submitting a visa application to visit South Korea on individual tours increased 12 percent from a year ago to 21,000 last week, according to data made available Friday by South Korean diplomatic missions in China.

It marked a reversal of the declining trend in the number of Chinese visitors to the neighboring country caused by a diplomatic row earlier this year over the deployment of the U.S. Terminal High Altitude Area Defense (THAAD) missile system.

The reversal came after South Korea and China agreed in late October to normalize bilateral relations after the dispute over Seoul's decision to deploy THAAD.

Beijing banned its travel agencies from selling group tours to its citizens in protest at the deployment, which began in April, dealing a blow to tourism-related industries in South Korea. But following the summit last month between South Korean President Moon Jae-in and his Chinese counterpart Xi Jinping, South Korea seems to be getting back on track with its Chinese tourist tallies.

Ninety percent of visa applications submitted to South Korean missions in China are related to tourism. The number of visitors to South Korea could rise if that of Chinese people making visa-free trips to the South Korean resort island of Jeju on individual tours is included.

At the South Korean Consulate in Shanghai, which deals with one third of entry visas to travel to South Korea, the number of Chinese people seeking entry visa came to 7,000 in the Nov. 20-24 period, up 4.4 percent from a year earlier. 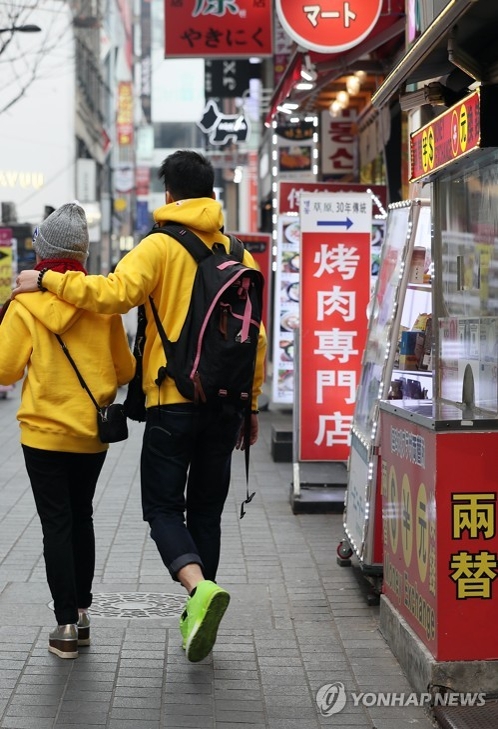 An industrial source said the number of visa applications by Chinese visitors has been in the doldrums so far compared with last year and individual trips by Chinese nationals to South Korea have shown a recovery from the downturn.

South Korea's justice ministry said on Thursday it would allow a special visa-free entry for Chinese people who plan to visit the country around the time of next year's PyeongChang Winter Olympic Games. Anyone from the neighboring country who fits the required criteria will be eligible for a 15-day stay in South Korea without a visa, starting Dec. 1 through the end of March next year.

On Friday, the consulate gave a presentation on the visa-free visit to the country to representatives of airlines and local travel agencies specializing in travel to South Korea.

Thirty-two Chinese tourists from Beijing are expected to arrive in Seoul on Saturday to visit South Korea on a package tour, the first such case in eight months.

No. of individual Chinese visitors to S. Korea up 12 pct on-year last week

No. of individual Chinese visitors to S. Korea up 12 pct on-year last week