SEOUL, Dec. 2 (Yonhap) -- K-pop sensation BTS has won the Artist of the Year Award at the Mnet Asian Music Awards (MAMA) for the second-straight year.

BTS was announced the winner of the highly-coveted award on Friday at AsiaWorld-Expo in Hong Kong, the venue for the final event of this year's MAMA, a K-pop award show run by cable music network Mnet. The seven-member act also won MAMA's Artist of the Year in 2016.

The band has taken the K-pop scene by storm this year, with its latest EP album "Love Yourself: Her" released in September selling more than 1.2 million copies in less than a month. The lead song "DNA" made BTS the first Korean boy band to land on Billboard's main "Hot 100" chart, while the group became the first Korean artist to perform at the American Music Awards last month. 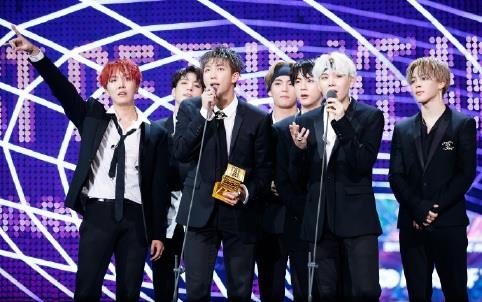 "We love you ARMY. We're received kindly wherever we travel around the world, and many are curious to know what fandom in the world is this tremendous," leader RM said, referring to its global fan base known as ARMY. 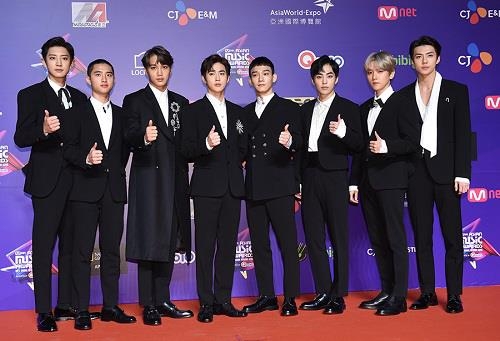 Fellow K-pop heavyweight EXO won the Album of the Year Award with its fourth studio record "The War," dominating the category for the fifth year in a row since 2013. Project boy band Wanna One took home the Best Male Group Award thanks to its explosive debut this year.

"We're grateful for even being able to be on such a big stage like MAMA. We thankful for winning such a big award," Wanna One rapper Kang Daniel said.

The Best Female Group Award went to S.M. Entertainment's quartet Red Velvet while GOT7 snatched up the World Performer Award.

Launched in 1999 under the name Mnet Km Music Festival, the event was renamed MAMA in 2009 as the show expanded its outreach throughout Asia. This year's MAMA was held in three venues, with the opening event held in Hanoi on Monday then a follow-up show staged in Yokohama on Wednesday. 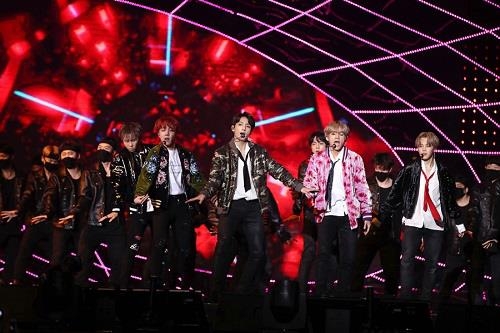 BTS wins Artist of the Year at MAMA for second year

BTS wins Artist of the Year at MAMA for second year