SEOUL, Dec. 2 (Yonhap) -- Given their struggles in the regional qualification, South Korea weren't going to have any easy opponent at next year's FIFA World Cup in Russia.

And fears turned into reality at the draw in Moscow on Friday (local time), when South Korea ended up in Group F with Germany, the defending champions and the current world No. 1. They've been the top-ranked nation since September.

Mexico, ranked 16th, and Sweden, No. 18, are the two other opponents for South Korea, the lowest-ranked nation in Group F at No. 59.

On paper, South Korea will likely have another short tournament, after getting knocked out of the group stage at the 2014 tournament in Brazil with a draw and two losses.

South Korea have never beaten Germany in two previous World Cup meetings, and the four-time champions will try to become only the third nation to defend a World Cup title.

Mexico defeated South Korea 3-1 at the 1998 World Cup in France, their only meeting at the quadrennial tournament so far. They have played each other 12 times, with Mexico holding the edge with six wins, two draws and four losses.

South Korea haven't met Sweden at a World Cup, and have two draws and two losses against the Europeans all-time. Their last meeting came in a friendly match in November 2005, which ended in a 2-2 draw.

The pots were determined by the qualified nations' October FIFA rankings, with Pot 1 comprised of the seven-highest ranked teams plus hosts Russia, which were actually the lowest-ranked team in the draw at No. 65.

South Korea were in Pot 4, as they were at No. 62 in the October rankings, ahead only of Saudi Arabia (No. 63) and Russia. 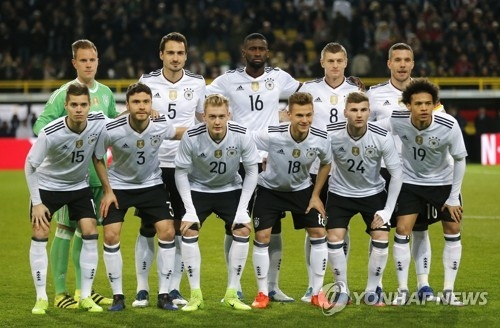 Germany have finished in the top three at all four World Cups held since the turn of the century. They won it all in 2014, while finishing second in 2002 and ending in third place in 2006 and 2010.

Germany bulldozed through their competition during the European qualifying round, scoring 43 goals while allowing just four en route to winning all 10 matches. The Germans were the only European team to have the perfect 10-0-0 qualification record. Germany also won the FIFA Confederations Cup this year.

They have a good mix of veteran savvy and youthful energy. Thomas Muller, the Golden Boot winner as the leading scorer of the 2010 World Cup, is now among the elder statesmen at 28. He and another veteran, a 30-year-old Sandro Wagner, were tied for the team-high five goals during the qualification. 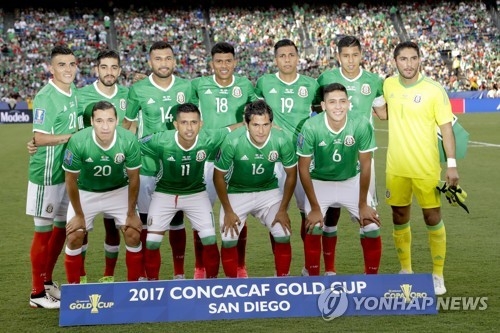 Mexico won their regional qualification handily over Costa Rica and Panama, with six wins, three draws and one loss. They're making their seventh consecutive World Cup appearance, and they've made it out of the group stage in their previous half-dozen trips.

Sweden are returning to the World Cup after missing out the past two competitions. They finished second to France in Group A of the first qualification round, and then stunned Italy in the playoffs to end that mini-drought, while denying Italy their 15th consecutive World Cup appearance.

Their iconic striker Zlatan Ibrahimovic has retired, but the likes of Marcus Berg and Emil Forsberg have stepped up.

During the first European qualification round, Berg led all Group A scorers with eight, and Forsberg tied three others for third with four goals.

South Korea barely qualified for their ninth consecutive World Cup out of Asia. In the final Asian qualifying round, they finished in second place behind Iran in Group A with four wins, three losses and three draws, only two points ahead of Syria. 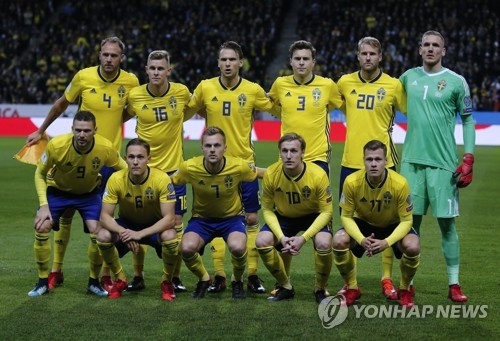 A string of lethargic performances led to the ouster of Uli Stielike as head coach with two matches remaining in the final round. Stielike's former assistant, Shin Tae-yong, took over in July, but only coached South Korea to back-to-back scoreless draws to close out the qualifying campaign.

The Taeguk Warriors appeared to right the ship with an encouraging 2-1 victory over 13th-ranked Colombia in a November friendly match. South Korea later managed a 1-1 draw against Serbia, ranked No. 37 and another World Cup participant.

South Korea will enter the East Asian Football Confederation (EAFF) E-1 Championship in Tokyo later this month, and will face Japan, China and North Korea in their last international tournament of the year. Since the event isn't on FIFA's international calendar, European clubs weren't obliged to release their South Korean players for the occasion. Shin scrambled to assemble a 24-man roster with players based in South Korea, Japan and China.

The tournament will be one of the last opportunities for those players to make an impression, as South Korea typically carry about a dozen players from Europe to the World Cup.

Shin will set up an overseas training camp early next year without Europe-based stars and will try to schedule a couple of friendly matches. South Korea will be able to call up players from European clubs for two friendlies at home in March.