South Korea listed its measures to implement the U.N. Security Council (UNSC) Resolution 2371 adopted in August in its report posted on the Web site of the U.N.'s sanctions committee on North Korea on Oct. 27.

Seoul's trade ministry will revise special measures on sanctions in the second half to reflect the weapons of mass destruction-related dual-use items and conventional arms-related items, it showed. Also it will add lead, lead ore and seafood to a list of prohibited goods from North Korea.

On Aug. 5, the UNSC unanimously adopted Resolution 2371 aimed at slashing North Korea's annual export revenue of US$3 billion by a third. The sanctions include bans on all exports of coal, iron, iron ore, lead, lead ore and seafood.

All U.N. member states are asked to submit their implementation plans to the council within 90 days of a resolution's approval. The deadline for Resolution 2371 is Nov. 3. 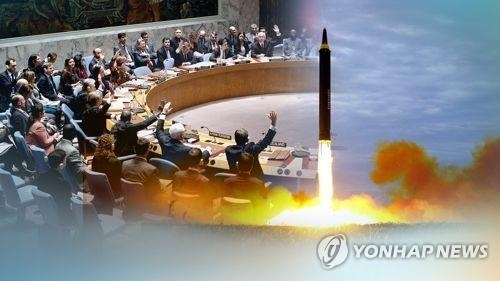 But South Korea's latest report does not contain the previous government's 2016 shutdown of an inter-Korean industrial complex, just north of Seoul, following the North's fourth nuclear test and a long-range rocket launch.

Seoul's previous implementation reports submitted to the committee in June 2016 and February included its closure of the Kaesong Industrial Complex.

"An original version of South Korea's report contained its closure of the Kaesong complex, but that part apparently went missing when the committee edited and posted it online," said a government official. "It may be a technical error. We plan to report relevant facts to the U.N. sanctions committee."

Meanwhile, Japan's sanctions implementation report submitted in October showed that it will expel an individual who is working on behalf of or at the direction of a bank or financial institution of North Korea.

North Korea has conducted six nuclear tests since 2006. The country on Wednesday fired a new ICBM capable of putting the whole mainland of the U.S. within range.