SEOUL, Dec. 2 (Yonhap) -- A parliamentary committee on defense on Saturday approved a resolution to condemn North Korea's latest long-range missile test and its violation of an armistice agreement that ended the 1950-53 Korean War.

In the resolution, the National Assembly strongly denounced North Korea's nuclear and missile programs and called on the North to immediately end any act that sparks military tensions on the Korean Peninsula.

North Korea on Wednesday fired a new intercontinental ballistic missile (ICBM) which Seoul says is capable of flying 13,000 kilometers, declaring that it has completed the "state nuclear force."

"North Korea's continued missile launch and violation of the armistice pose a serious threat to the peninsula and the global peace. We sternly warned that the North has all responsibility for inter-Korean tensions and a threat to the world peace," the resolution read.

The committee also called for the government to beef up the country's military capability and employ powerful sanctions on Pyongyang.

"We urge the government to set up the so-called three axis defense scheme to effectively counter the North's threat and strengthen military capability," it said.

South Korea's military is pushing for a broader three-pronged defense platform against the North's threats and provocations -- the Kill Chain pre-emptive strike system, the Korean Air and Missile Defense (KAMD), and the Korea Massive Punishment and Retaliation (KMPR) scheme. 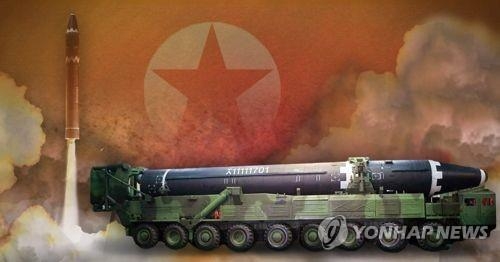