INCHEON, Dec. 3 (Yonhap) -- A South Korean fishing vessel capsized off the coast of Incheon, west of Seoul, on Sunday, resulting in the death of at least one person, according to the Coast Guard.

The 9.77-ton boat, carrying two sailors and 20 passengers, collided with a 336-ton tanker in the waters near the Yeongheung Bridge at around 6:12 a.m.

The Coast Guard found 17 people as of 9:30 a.m. but one died, with nine others in serious condition. Five others remain missing.

Authorities have mobilized four helicopters and 14 boats for the ongoing search and rescue operation. 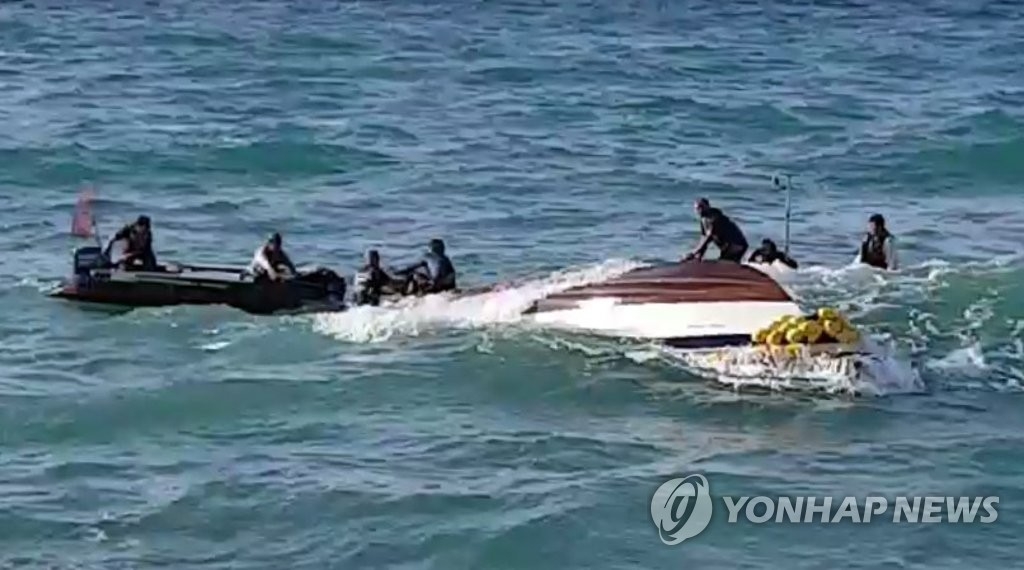