INCHEON, Dec. 3 (Yonhap) -- The death toll from a collision between a chartered fishing boat and a tanker off the coast of Incheon, west of Seoul, rose to 13 on Sunday, with two others still missing, according to the Korea Coast Guard.

The 9.77-ton South Korean vessel was carrying two crew members and 20 passengers when it hit the 336-ton tanker in the waters near Yeongheung Island at around 6:12 a.m. and capsized.

The number of dead, injured and missing are as of 1 p.m., a Coast Guard official said.

President Moon Jae-in received a briefing on the accident less than an hour after the incident and ordered all-out search and rescue operations, his office Cheong Wa Dae announced. 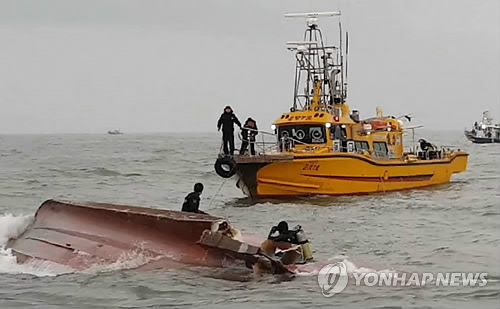 An informed source said there have been no reports of violations in connection with the boat operations, including the number of passengers on board. 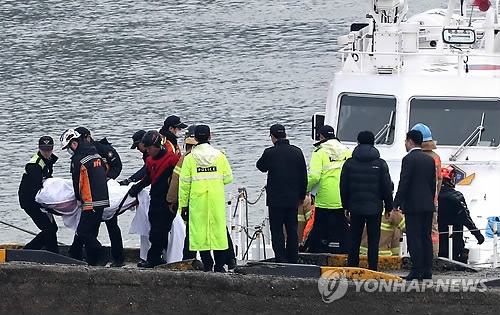