MROs refer to companies that can carry out specialized maintenance on aircraft so they can be flown safely and efficiently. Such services can be useful for smaller size carriers that do not have extensive repair infrastructure.

He said that the aircraft industry, by its very nature, requires a sizable workforce. Jobs created this way can contribute to overall growth in the high-tech sector.

The executive then said while aerospace can be the next growth engine for the manufacturing sector, the country actually lacks a business that is truly focused in this field.

"The transport ministry is expected to give permission for an MRO company in January, and once it gets approval, KAI will set up the company," the president said. He added that while there are concerns that the new business will not be able to turn a profit quickly, it must be approached with long-term goals.

In regards to the U.S. Advanced Pilot Training (APT) that KAI is competing in with partner Lockheed Martin, Kim said there can only be a winner and a loser in the bid with no middle ground.

He claimed that a lot will depend on cost cutting and that everything is being done to streamline operations and reduce labor outlays so the T-50 can be tapped as the advanced trainer for the U.S. armed forces.

"Everything hinges on cost cutting, and KAI is doing everything it can to lower the price for the jet," Kim said.

The T-50 and its variants are already in service with the South Korean Air Forces and those of other countries. 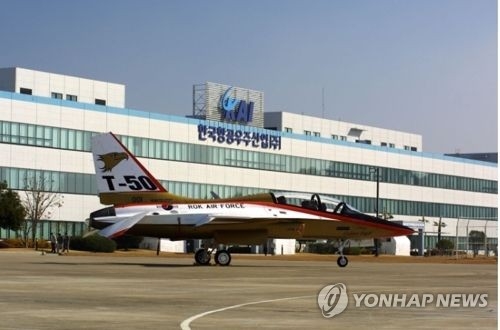 In regards to icing issues that have been found on the Surion helicopter, Kim said a satisfactory remedy is being devised so the rotary aircraft can fly safely.

He said that some 30 Surion choppers will be delivered to the South Korean Army medical branch, forestry service and police starting next year.
(END)