JYP Entertainment said the title track of "Twicetagram," the group's first full-length album out on Nov. 30, hit the milestone at 5:43 p.m. that day.

The band has already had five other songs with more than 100 million Youtube hits, namely "TT," "Cheer up," "Like OOH-AHH," "KNOK KNOK" and "SIGNAL." The first three songs have been viewed more than 200 million times.

At the Mnet Asian Music Awards (MAMA) in Tokyo on Wednesday, TWICE won the Song of the Year with "Signal." It received the same award for "Cheer up" last year.

Its first repackage album "Merry & Happy" is slated to be released on Dec.11. 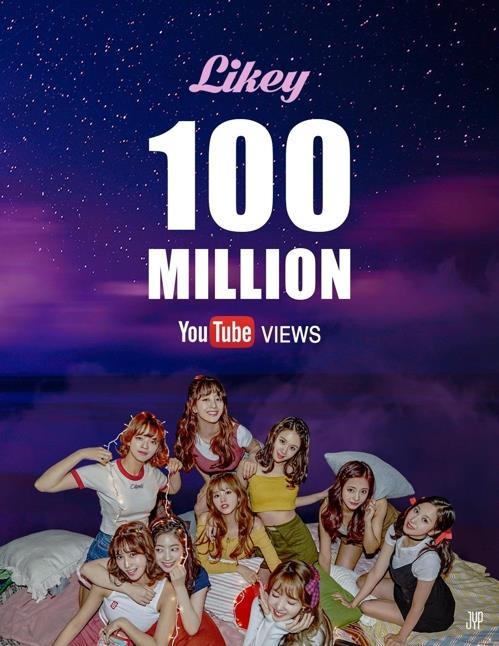