Sen. Lindsey Graham (R-SC) was commenting on Tuesday's launch of what North Korea claimed was an intercontinental ballistic missile capable of delivering a nuclear weapon to all parts of the U.S. mainland.

"We're getting close to a military conflict because North Korea's marching toward marrying up the technology of an ICBM with a nuclear weapon on top that cannot only get to America but deliver the weapon," he said on CBS' "Face the Nation." "We're running out of time."

Graham called for a congressional discussion on the possibility of a pre-emptive strike on North Korea.

"The policy of the Trump administration is to deny North Korea the capability to hit America with a nuclear-tipped missile, not to contain it," he said. "Denial means pre-emptive war as a last resort. That preemption is becoming more likely as their technology matures."

If North Korea conducts another nuclear test, Graham said, "then you need to get ready for a very serious response by the United States."

Pyongyang last conducted a nuclear test in September and has since threatened to detonate a hydrogen bomb over the Pacific Ocean.

Graham said he would urge the Pentagon to stop sending dependents, along with U.S. troops to South Korea. About 28,500 American soldiers are currently stationed there to deter North Korean aggression following the 1950-53 Korean War, which ended in a truce, not a peace treaty.

"South Korea should be an unaccompanied tour," the senator said. "It's crazy to send spouses and children to South Korea, given the provocation of North Korea."

It's also time to start moving American dependents out of South Korea, he added. 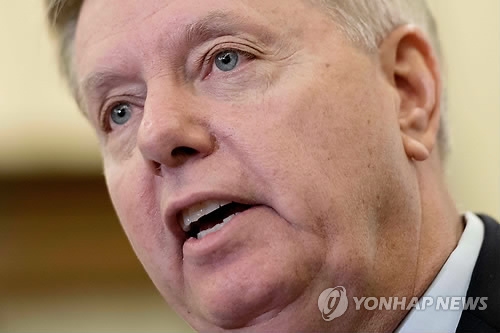