The five-day Vigilant air combat exercise (ACE) comes less than a week after the North fired a new intercontinental ballistic missile (ICBM) and declared the completion of its "nuclear force." 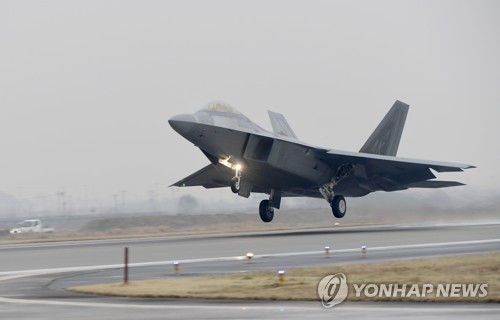 The two sides plan to fly the aircraft at eight South Korean and U.S. military installations, according to the U.S. Seventh Air Force.

"This exercise is comparable in size to previous Vigilant ACE exercises," while the fifth-generation stealth jets are new to the training, the Seventh Air Force said in a press release.

Including the newest fighter jet in the inventory in exercises like this allows the military to learn more about the F-35s capabilities and how best to utilize them and integrate them with other platforms, it added.

It's unusual for the U.S. to reveal the size of its participating forces in the training and other details.

"The realistic air combat exercise is designed to enhance interoperability between the U.S. and Republic of Korea and increase the combat effectiveness of both nations," the unit said. 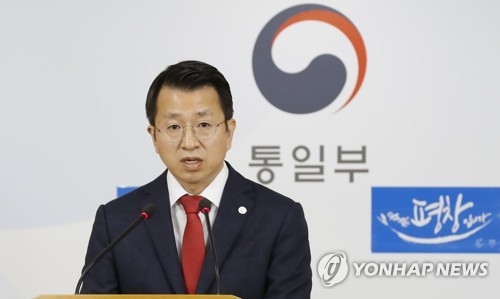 "It's aimed at enhancing the all-weather, day and night combined air power operation capabilities of South Korea and the U.S.," the defense ministry said.

The allies will conduct the drills under various wartime scenarios, including simulated precision strikes on mock North Korean nuclear and missile targets, it said.

It remains unclear whether some of the U.S. fighter jets from outside Korea will remain here after the training.

The South Korean government has requested the U.S. to expand the rotational deployment of its high-profile defense assets to and around its territory.

In a separate news briefing, the Unification Ministry in charge of inter-Korean affairs dismissed the North's claim that the allies are deliberately raising tensions.

"The air force drill is an annual joint military exercise of a defensive nature between allies," stressed the ministry's spokesman Baik Tae-hyun. 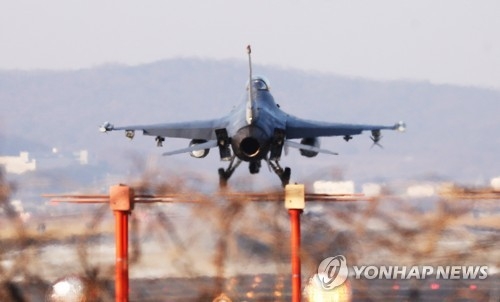 He was responding to Pyongyang's assertion that Seoul and Washington are bringing the peninsula to the "brink of war" by staging the war game.

"Such a drill is a dangerous provocation as it is driving the tension on the Korean peninsula to the brink of a nuclear war," the Rodong Sinmun, North Korea’s ruling communist party newspaper, argued in a commentary. "The U.S. and the South Korean puppet forces are so foolish as to run amok with such stealth fighters."

The North's Committee for the Peaceful Reunification of the Country, an organization handling Pyongyang's relations with Seoul, also issued a strongly worded war threat.

"The U.S. and south Korean puppet military warmongers should bear in mind that their escalating provocation and adding to crimes will only invite more terrible retaliation and precipitate their self-destruction," it said in a statement.