A spokesman at North Korea's foreign ministry on Saturday denounced the exercise as a large-scale nuclear war drill against North Korea. The five-day Vigilant Ace war games kicked off Monday, days after the North fired a long-range missile.

"The air force drill is an annual joint military exercise among the allies of a defensive nature. The government will not comment on every reaction by North Korea," Baik Tae-hyun, spokesman at the Ministry of Unification, told a press briefing.

The North on Wednesday launched a Hwasong-15 intercontinental ballistic missile (ICBM), which it claims is capable of striking the entire territory of the U.S., declaring that it has completed its "state nuclear force."

"The government does not accept the North's 'unilateral' claim to completing its nuclear program. We are making efforts to resolve the North's nuclear issue peacefully with the international community," Baik said.

Seoul said Friday that it does not regard North Korea as crossing a "red line" with its latest missile test due to doubts about its technical capabilities including re-entry and terminal guidance technology.

After the North's tests of two ICBMs in July, President Moon Jae-in said that North Korea would be crossing a red line if it creates a nuclear-tipped ICBM. Crossing that threshold could risk tougher actions from the U.S. including a military one. 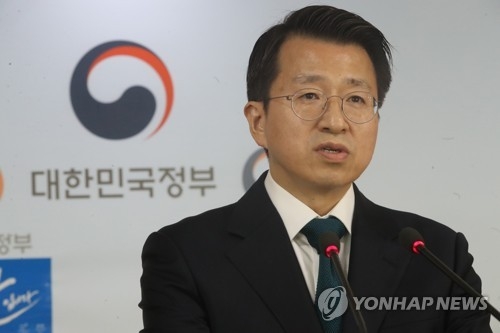