The K League Classic club said they've appointed Yoo as their head coach. The terms of his contract were not revealed.

"We selected Yoo because we need a leader who has pro football leadership experience," Jeonnam said. "We were also looking for young and energetic coach who can communicate with our players."

Jeonnam recently decided to part ways with Roh Sang-rae, who had led the club since 2014. Under Roh, Jeonnam finished in fifth place in the 12-team Classic last year, but this season, they barely escaped the relegation zone after taking 10th place.

Yoo will return to the Classic for the first time in five years. He previously managed Daejeon Citizen for two seasons before leaving the club at the end of 2012. The 46-year-old then coached the University of Ulsan starting 2014.

"I'll start off with a clean state to prepare for the next season," he said. "Since they gave me this job with trust, I will do my best to meet our fans' expectations and earn good results."

Yoo, who hung up his boots in 2006, is considered one of the top South Korean footballers of his generation. Known for his versatility, playing in a range of positions from defender to forward, he played for Ulsan Hyundai FC in the Classic and Japanese clubs such as Yokohama Marinos and Kashiwa Reysol. He netted 18 goals in 124 matches for South Korea.

Yoo scored one goal in South Korea's 2-0 win over Poland in the 2002 World Cup group stage and helped the national team finish in fourth place at the tournament. He also scored a goal against Belgium at the 1998 World Cup in France. 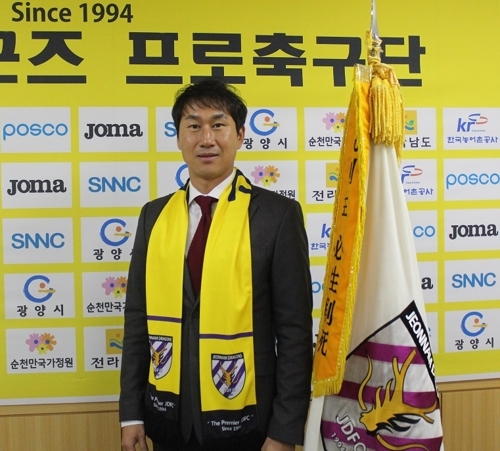