HANOI, Dec. 5 (Yonhap) -- Vietnam wants to leave behind the dark war-related history with South Korea and push to deepen their future-oriented relations for the prosperity of the people of the two countries, a ranking official of a state-run think tank on diplomatic policies has said.

Dr. To Anh Tuan, deputy director general of the Institute for Foreign Policy and Strategic Studies, a think tank under the Diplomatic Academy of Vietnam, made the remarks during a meeting last week with a group of reporters visiting the country as part of a media exchange program with ASEAN countries.

"For Vietnam, its ties with South Korea are very important given their strategic partnership relations so we hope to maintain and further develop them in line with the wish of people from the two countries," he said.

"We have been consistent when it comes to history: Let's leave the past behind and move forward. We hope to maintain good relations and move together for the sake of shared prosperity and interests," he added. 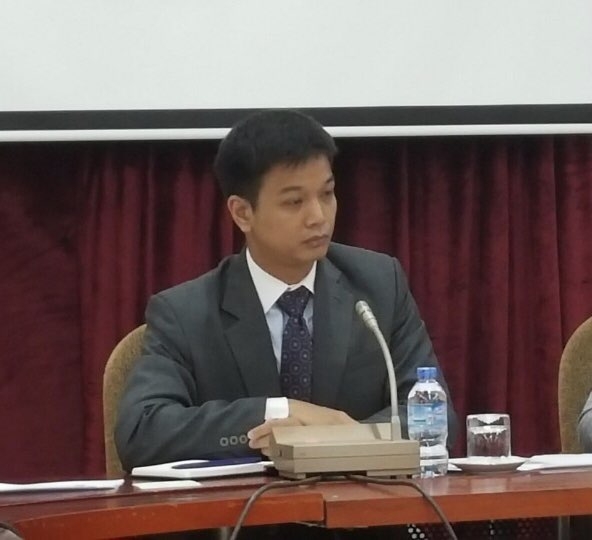 South Korea, which fought against Vietnamese communists during the 1960-1975 Vietnam War, is accused of killing many civilians in Vietnam while carrying out operations during the war. About 5,000 South Korean soldiers died in the war.

It remains a sensitive issue for the two countries despite their expanded exchanges in diverse areas for the past 25 years since they built diplomatic ties.

The issue was stirred up anew when South Korean President Moon Jae-in said in his speech on June 6 marking Memorial Day that South Korea's economy got a boost from the country's participation in the Vietnam War.

The Vietnamese foreign ministry voiced its displeasure with the president's comments, calling for the Seoul government to refrain from making comments that could hurt the feelings of its people.

In his video message for a joint event between the two counties in Ho Chi Minh last month, Moon said that South Korea has "debt in mind" to Vietnam, apparently pointing to the wound that the Vietnamese people suffer from the horrible memories related to the war.

"Bygones are just bygones. I think this applies not just to South Korea but other countries as well," Dr. To Anh Tuan said. "That is to say that let's know what happened but leave it behind to move forward, not talking about forgetting it."

He emphasized that the two countries have good relations that have become "friendlier than ever" but expressed hope that the bilateral ties will further deepen in many areas going forward.

As for mounting tension after North Korea's recent test of what it claims to be an intercontinental ballistic missile, he voiced grave concern and called for "restraints" from countries involved. He also urged them to explore peaceful measures to resolve the current stalemate.

On Wednesday, North Korea said that it has successfully tested a new ICBM capable of hitting anywhere in the U.S. and declared that the launch marks the completion of its nuclear armament.

"In particular, all possible systems and mechanisms including talks should be employed, and I wish countries to strictly carry out the resolutions adopted by the U.N. Security Council as they are," he added.

Vietnam wants to leave dark past behind, move forward with S. Korea

Vietnam wants to leave dark past behind, move forward with S. Korea