Yildirim will arrive in the country Tuesday for a two-day visit, leading a delegation of 60 people, including senior government officials, lawmakers and business leaders.

While in Seoul, he will also meet with National Assembly Speaker Chung Se-kyun, attend a ceremony to open a new Turkish Embassy building and hold a meeting with business leaders, the office said.

Turkey fought alongside South Korea during the 1950-53 Korean War and sent the fourth-largest contingent to help the South repel invading communist troops from North Korea.

The two countries established diplomatic relations in 1957 and have since worked closely together in various areas. The two sides upgraded their ties to a "strategic partnership" in 2012. 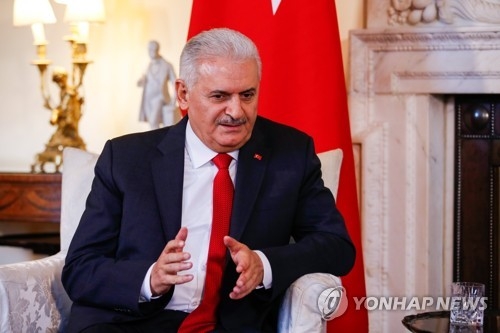