SEOUL, Dec. 4 (Yonhap) -- Singer-songwriter Zion.T said Monday he was honored by industry veteran Lee Moon-sae signing off on a duet with him, praising him as a pioneer who defined the sentiment of modern Korean pop music.

"He's a senior artist that I dearly love and admire, so I dared myself to ask him. I told him I heard hallucinations of his voice and mine overlapping," Zion.T told reporters during a media showcase for his new single, "Snow," at CGV Cheongdam theater in southern Seoul.

Zion.T, whose real name is Kim Hae-sol, recalled Lee as having replied, "I've been waiting for this kind of song. Let's do it." Lee was not present at the event. 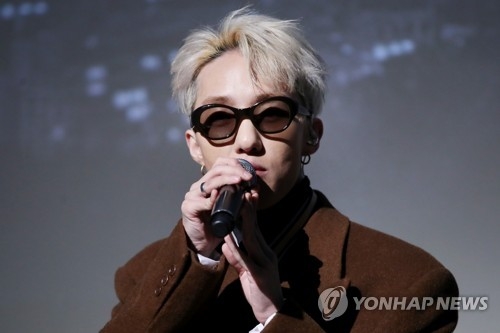 "When coming up with the song, I wanted to capture the feeling of both excitement and sadness. I wanted to write a song that's relatable for those currently in love and those who long for a romance that has already vanished," the singer explained.

Having debuted in April 2011 with the song "Click Me," the 28-year-old star soared to mainstream success through his breakout single "Yanghwa BRDG" in 2014 and later with hits such as "Eat" and "Just."

His works are acclaimed for their autobiographical lyrics, which many laud for being relatable and authentic. Before Monday's release, his most recent work was February's "OO".

I grew up listening to Lee's music. I grew up with his sentiment, so it is part of me. I thought only about him when writing the song," the 28-year-old singer said.

Lee began his music career in 1983 with his debut album, "I Am A Happy Person," and has released 15 full-length albums to date, while having produced numerous hits, including "Gwanghwamun Love Song," "Old Love," "Red Sunset" and "Spring Breeze." 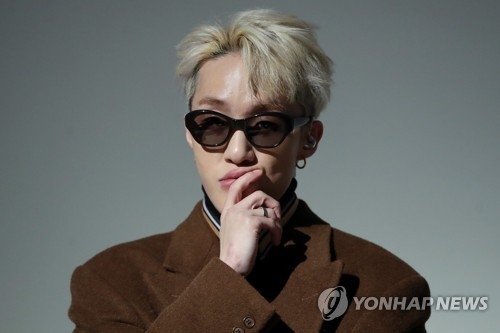 Zion.T honored by duet with Lee Moon-sae in 'Snow'

Zion.T honored by duet with Lee Moon-sae in 'Snow'