SEOUL, Dec. 5 (Yonhap) -- South Korea will try to defend their regional football title and test players in Japan this week ahead of the 2018 FIFA World Cup.

South Korea, led by head coach Shin Tae-yong, will compete at the East Asian Football Federation (EAFF) E-1 Football Championship that features North Korea, China and Japan. The men's competition will be staged at Ajinomoto Stadium in Tokyo from Saturday to Dec. 16.

South Korea will open the tournament against China on Saturday and then take on North Korea next Tuesday. Shin's side will wrap up the tournament on Dec. 16 with hosts Japan. They are South Korea's final three matches this year. 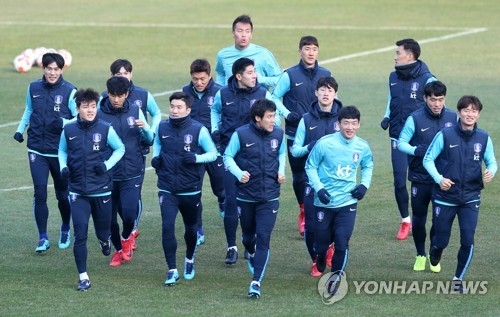 The E-1 Football Championship, formerly called the East Asian Cup, started in 2003, and this will be its seventh edition. South Korea won three of the first six, with their last title coming in 2015 in Wuhan, China. Japan claimed the trophy only once in 2013, while China won the tournament twice.

Shin was an assistant to Uli Stielike when South Korea won the 2015 tournament. He took over the national team in July after the German was sacked by the Korea Football Association (KFA) for poor results in the 2018 World Cup qualifying campaign.

Under Shin's guidance, South Korea squeezed into the World Cup in Russia with two consecutive scoreless draws against Iran and Uzbekistan three months ago.

Before they face these tough opponents at the World Cup, Shin will give another chance to local players and will aim to end the year on a high note. North Korea, Japan and China are all considered South Korea's rivals on and off the pitch. 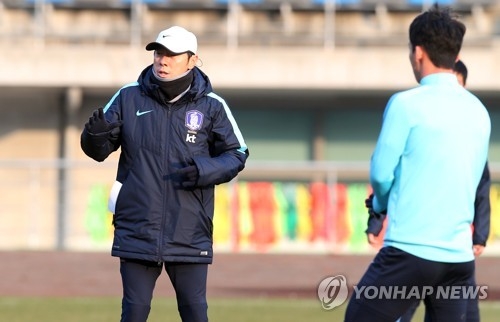 The E-1 Football Championship isn't on the official FIFA international calendar, meaning Europe-based players aren't able to join the national team as their clubs aren't obliged to release them. This left Shin to pick available players from his homeland and other parts of Asia.

After suffering two straight losses against Russia and Morocco in October, South Korea turned things around a bit by beating Colombia 2-1 and managing a 1-1 draw against Serbia in friendly matches last month.

Shin will try to keep the momentum going at the E-1 Football Championship, although their key players like Tottenham Hotspur attacker Son Heung-min and Swansea City anchorman Ki Sung-yueng are absent.

In the two friendly matches in November, Shin came up with a 4-4-2 formation with Son playing one of the two forwards.

Shin said he will see how his team can cope without Son, while checking to see who can become Son's partner.

The 48-year-old head coach said he will not make big changes on defense, meaning he expects his existing defenders to build chemistry and make organized plays through the tournament. 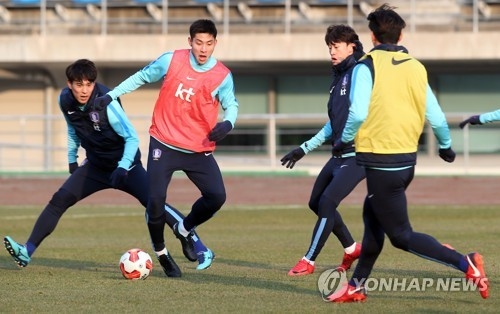 The Taeguk Warriors will depart for Japan on Wednesday with 24 players. The players have been training since Nov. 27, but the full squad was assembled just Monday after four players joined the national team late due to their club schedules.

Among 24 players, seven of them, including reigning K League MVP Lee Jae-sung, were on the South Korea team that won the 2015 championship.

South Korea are the second highest-ranked team at the tournament at No. 59, four spots behind Japan. China are ranked 60th in the world, while North Korea sit at No. 114. 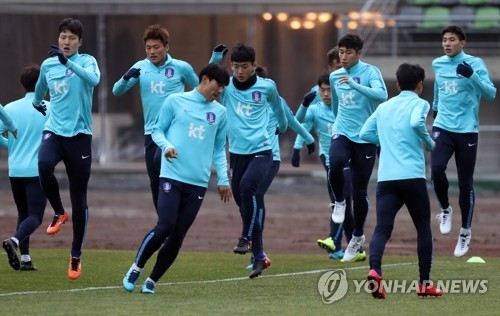