SEOUL, Dec. 5 (Yonhap) -- South Korea's beer imports in the first nine months of this year soared 50.1 percent from the same period in 2016 amid changes in the country's drinking culture, data showed Tuesday.

Beer imports from January through September came to US$201.68 million, according to the data from the Korea International Trade Association.

The combined tally for the first three quarters surpassed the annual total of beer imported last year, which stood at $181.55 million, the data showed.

The popularity of beer has been soaring in South Korea, with more individuals opting for light drinks instead of rounds of heavy drinking at night.

E-Mart Inc., the country's largest discount chain operator, said the number of imported beer brands at its stores doubled from some 250 in 2015 to 500 this year. 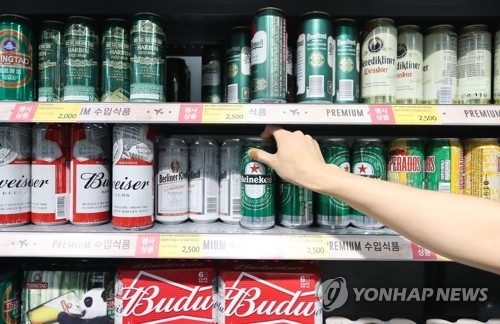