Park joined Dortmund from fellow German club Mainz in 2015 on a transfer fee of 3 million euros (US$3.56 million) but failed to impress. He played only 712 minutes in 11 matches after signing a three-year deal with the club.

The 30-year-old left back's only memorable moment with Dortmund was probably in 2015, when his club faced FC Krasnodar at the Europa League. In that match, which Dortmund won 2-1, Park scored the winner and recorded an assist. They turned out to be the only goal and assist Park would have for the Bundesliga giants.

For this season, Park had to play with the team's under-23 squad since he failed to gain a spot on Dortmund's first team. He last played for the club on Nov. 17 against Essen.

Park's tenuous status as a forgotten player at Dortmund also jeopardized his national team career. This year, he only received an international call-up once, and while the Taeguk Warriors reached the 2018 FIFA World Cup, Park featured in only one World Cup qualifying match.

Park, who also had stints with Switzerland side FC Basel, has so far earned 32 caps for South Korea.

Sources here said Park will return to his homeland and search for a club where he can play regularly so that he can earn a national team selection again and pursue a coaching career after retirement. He has been heavily linked with a move to Suwon Samsung Bluewings since the K League Classic club will be soon without their current left back Kim Min-woo, who is set for mandatory military service.

"We're not negotiating with him but are trying to contact him," a Suwon official said. "After our head coach Seo Jung-won returns home from Europe next week, then we can talk about signing the player."

Park has never played in the domestic K League. He began his pro career with Japanese side Mito Hollyhock in 2008 after graduating from Soongsil University in Seoul.

He then went on to play for Kashima Antlers and Jubilo Iwata before going to Europe. 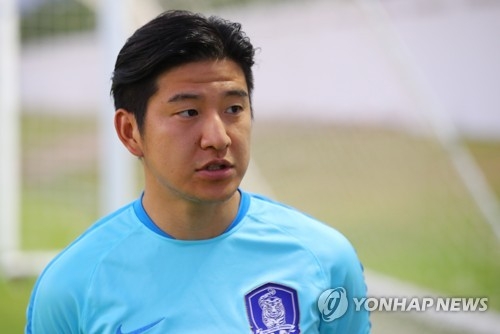