SEOUL, Dec. 5 (Yonhap) -- A Seoul court refused to approve arrest warrants early Tuesday for three officials from a burger patty supplier of the local unit of McDonald's accused of overlooking hygiene control that allegedly caused some consumers to get sick.

The Seoul Central District Court dismissed the prosecution's writ requests on three executives, whose identities were withheld, saying that it is difficult to acknowledge the need and reasons for their arrests. Prosecutors filed for the warrants on Thursday, charging them with violation of the law regarding safety and hygiene control over livestock products.

They are accused of overlooking a hygiene test for patties that might be susceptible to a type of bacteria that causes a form of acute kidney failure known as hemolytic uremic syndrome (HUS), and of still supplying them to McDonald's Korea.

But the court said there is insufficient evidence to prove the supplier's patties inflicted harm on consumers. It accepted the defense argument that the supplier provided reasonable grounds to believe the manufacturing process complied with international standards.

Prosecutors have been investigating the local unit of the U.S. fast food chain on suspicions that several consumers, including a 5-year-old girl, became sick after they ate McDonald's burgers served with undercooked patties.

Prosecutors raided McDonald's Korea's headquarters and three of its partner firms last month to seize evidence. Joh Ju-yeon, the chief of the Seoul unit, has expressed regret over the issue. 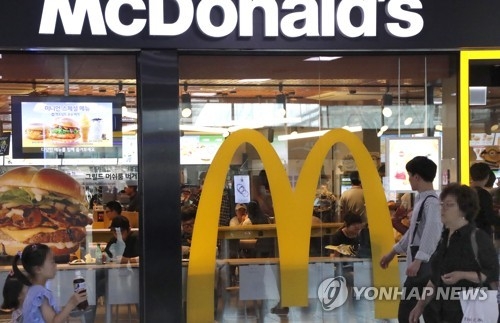