(ATTN: The following is the fourth in a series of articles introducing tourist attractions in Gyeonggi Province, South Korea -- Ed.)
By Seong Yeon-jae

ANSEONG, Gyeonggi Province, Dec. 5 (Yonhap) -- "As we have so many honored guests today, shall we start to have lots of fun?" tightrope dancer Suh Joo-hyang said in a subtly quivering voice as she stood on the rope.

The lines spoken by Suh, who played the role of "eoreumsani" -- which means an expert of "jultagi," or tightrope walking -- of the itinerant troupe "Namsadang," fascinated the spectators, but were very different from those uttered by the main character in a play or film and smacked of her own life on the rope. 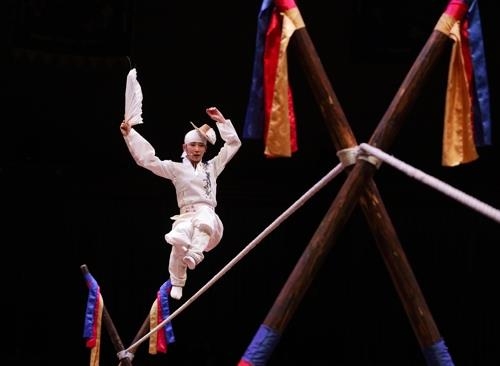 Excited but full of confidence, she captivated the audience while speaking one line after another at Namsadang Performance Site in Anseong, Gyeoggi Province.

As the leader of a jultagi troupe, she led the performance like a prima donna, compelling the audience to watch in breathless attention.

The wireless microphone attached to her cheek even helped the sound of her heavy breathing reach the audience in a lively way, causing the visitors to get more tense and excited than ever.

The audience's anxiety culminated when Suh began to quickly hop on the rope in a technique known as "kkaegeumbal."

During her performance, she talked to the "maehossi," a clown who chimes in with eoreumsani in precise harmony and adds more excitement by playing the "janggu," an hourglass-shaped traditional Korean drum. 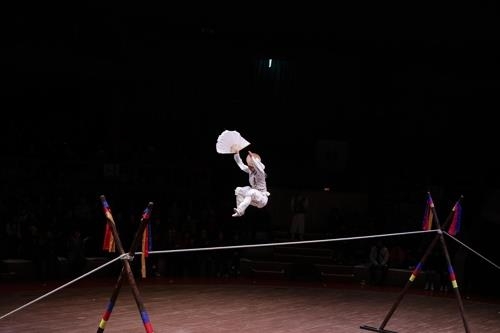 The Namsadang performance is one of the top traditional performances characterized by a higher level of interaction with the audience.

A female eoreumsani tightrope dancer, who displays scores of tricks and witticisms as she walks on the rope, usually portrays the beauty of women and thus many male spectators become enslaved by her beauty.

With her solid tune and athletic ability and audacity, it is no wonder that a female eoreumsani is the most popular. 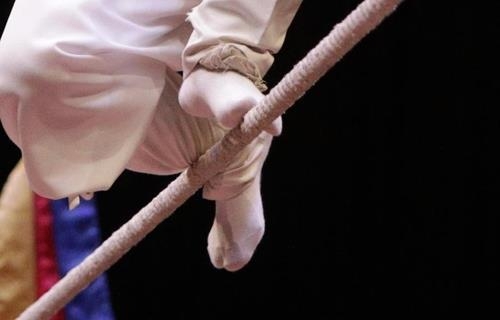 The troupe is named after Baudeogi, a legendary 19th century jultagi expert. Baudeogi's real name was Kim Am-deok. She was born to a poor peasant in 1848 in Anseong and, at the age of five, was enlisted by Namsadang, an artistic troupe that went around the country performing songs, dances and acrobatics in markets.

When Namsadang visited Anseong, Baudeogi's father, a poor and sick man, left his little daughter to the care of the entertainment group. It was customary for the troupe to recruit its members from orphans or poor farmers' children because entertainers like singers and actors were despised in the 1392-1910 Joseon Dynasty.

Her beauty and talent helped her become the head of the band, a position called "kkokdusoe," at the age of 15, a decision made unanimously by its members.

In 1865, the regent Heungseon Daewongun called her troupe to court and had them cheer workers who were engaged in constructing a new palace.

Led by Baudeogi, they made a great success of it, and the regent gave her a jade headband button, which only high rank officials could possess at that time, and her fame spread nationwide.

Nowadays, the tradition of paying respect to eoreumsani continues. The female performer is treated to all the benefits of a public employee.

One of two eoreumsani in the troupe, Suh, 25, joined after one of her neighbors spotted her talents when she was a girl and persuaded her father to let her enroll. The troupe also has one male eoreumsani.

During the Baudeogi performance, actors also describe the origin of Anseong, one of the largest marketplaces during the Joseon era and a crossroads between Seoul and the southern provinces. The location of Anseong as a key distribution foothold enabled many quality goods to be assembled in the city.

One of them was the bespoke brassware for which Anseong is also known. 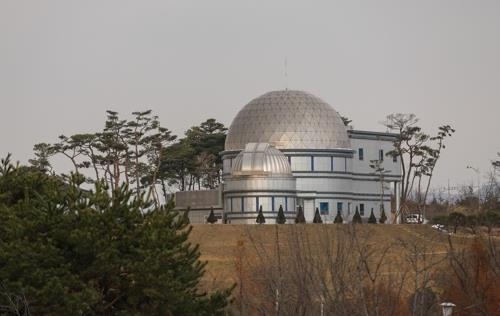 In the city, Anseong Machum Land and a complex dedicated to jultagi performance, as well as other tourist spots including the venue for the 2012 4th Anseong World Folk Festival, are all well worth a visit.

At the complex are the Craft Culture Center and the Astronomical Science Museum. Next to the craft culture center are the Four-Season Sledding Slope and the Camping Site where visitors can enjoy camping in the winter, as the site is equipped with hot shower facilities, among other things. 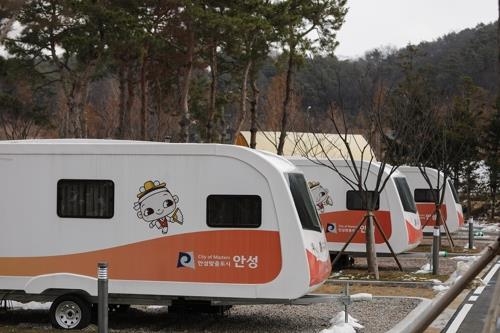 Other tourist sites in or near Anseong include Chiljang Temple and a traditional sauce maker in the city's Hwabong Village, which has more than 2,000 large clay jars, or "jangdok," containing traditional sauces and condiments. 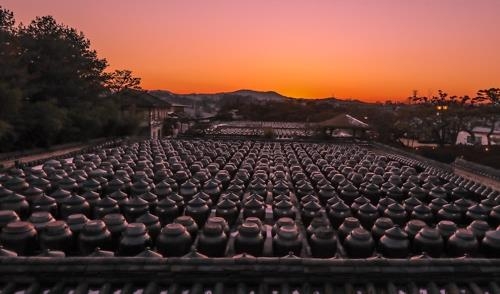 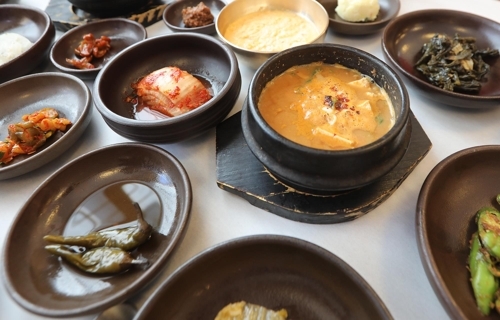